Copa Holdings’ new Colombian subsidiary Wingo is positioning its passenger experience, sales and ticket-distribution strategies to appeal to travelers “who want to enjoy a fresh, friendly and unpretentious flight experience”, according to Catalina Bretón, who is heading the airline as its “General Leader”.

Designed as a low-cost carrier (LCC) which will replace Copa’s loss-making Copa Airlines Colombia subsidiary on all its Colombian domestic routes bar one, Wingo will also operate a dozen international routes. These form the bulk of a route network which, on Wingo’s service debut on 1 December, will consist of 17 routes linking 16 destinations in 10 countries in Latin America and the Caribbean.

“Wingo is a different airline whose focus is to offer low prices, deliver a reliable and safe product and provide an experience in which every traveler feels good,” Bretón tells RGN. “We want to serve those who want to fly well at low prices. We want to be a low-price-good-quality alternative for those who fly for the first time and for those who want to travel more but couldn’t afford it.”

Additionally, “We want to be an airline for young people and adults, for families and friends, for all those who want to go on vacation to discover the best destinations without spending too much on the plane ticket. We also want to serve those entrepreneurs and businessmen who have delayed their business trips or growth plans due to costly air tickets.”

Like most LCCs, Wingo has adopted an ancillary-revenue model. Wingo’s website offers at least eight options for optional extra-fee purchases. “Wingo customers can make their experience as simple or as complete as they wish,” says Bretón. “They are able to choose from airport check-in, fast line at check-in, checked luggage, pet, musical instrument or sports equipment on board, food and beverages on board, seat assignment, and extra-pitch ‘Wingo Experto’ seats,” and other optional services. Passengers purchasing extra-legroom-seat tickets will board first.

One passenger-friendly feature Wingo will offer is a generous carry-on weight allowance at no charge. Every passenger will be allowed to take on board, free, one personal item weighing up to 6kg and one carry-on bag weighing up to 10kg, an allowance totaling more than 35lb.

Wingo hasn’t confirmed the economy-class seat pitch in its four ex-Copa Airlines Boeing 737-700s, each of which is configured to seat 142 passengers. However, its decision to provide extra-legroom seating near the front of the cabin and at emergency exits may mean seat pitch in the rest of the single-class cabin will be tight, although some Wingo sectors will be of five hours’ duration. 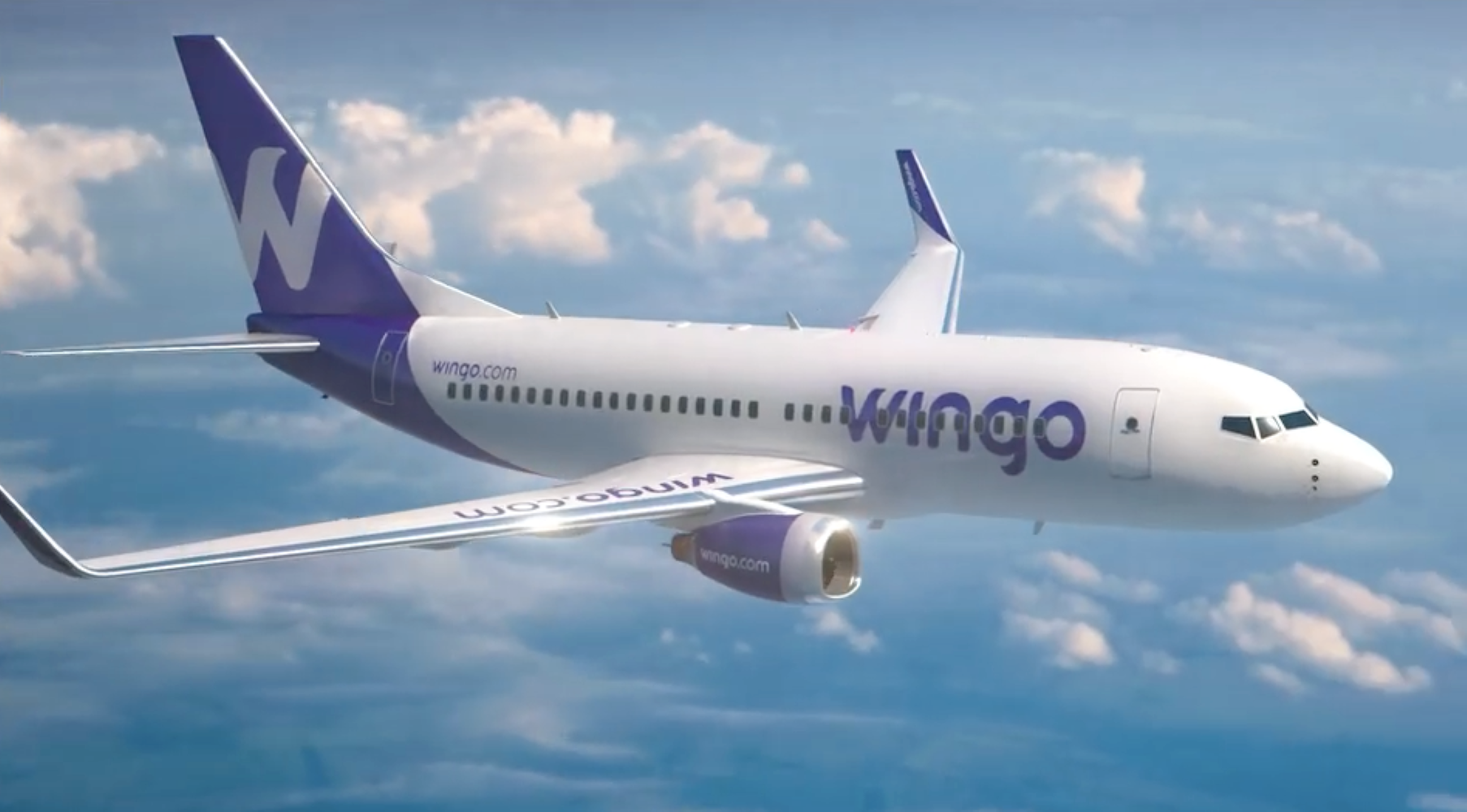 This is a computer graphic image of a Boeing 737-700 in Wingo’s livery. Wingo is launching operations with four ex-Copa Airlines Boeing 737-700s, each of which will be configured to seat 142 passengers. Wingo will offer extra-legroom seating at the front of each 737-700’s passenger cabin and at each emergency exit. Image: Wingo

Not surprisingly, this seat appears to be different than the long-haul Vector seat Cathay Pacific Airways has chosen for its A350-1000s. In an email to RGN, HAECO Cabin Solutions remarks: “Wingo’s seats will be provided by as part of their Vector line of seating. A fully-featured version of the Vector platform will be installed on Cathay Pacific’s A350-1000 aircraft at a later date.”

Bretón says Wingo expects to sell most of its tickets through its Wingo.com website, along with call centers in its various markets, but it will sell tickets at certain airports it serves, such as Panama City’s secondary airport Panamá Pacífico International Airport and Caracas’ Simón Bolívar International Airport.

“We [also] want to be an airline for everyone and therefore we want to provide cash payment options to those customers who do not have credit cards or bank accounts,” says Bretón. Wingo is offering customers ticket-payment arrangements at more than 1,000 Colombian stores, operated by four chains: large Carulla and Exito supermarkets; medium-sized convenience stores in the Exito, Carulla and Surtimax chains; and Efecty money-transfer stores.

Radixx’ Galaxy passenger service system (PSS) includes cash-payment modules Wingo has customized to serve segments of the Colombian public which use cash rather than credit cards. “In other markets, this is a very standard aspect of our application,” says Michael Barrera, Radixx International’s COO and chief technology officer.

“Usually, in other markets, essentially you say, ‘I want to pay later’,” explains Barrera. For instance, flydubai allows customers booking its tickets online four hours to go to a 7-Eleven convenience store, or drugstore chains with which it has agreements, to pay for their tickets in cash there.

Says Bretón: “Wingo offers a product that makes international air travel more affordable for passengers that don’t usually travel as often and Radixx, together with its web partner Ezy, have been our key strategic allies in this mission.” 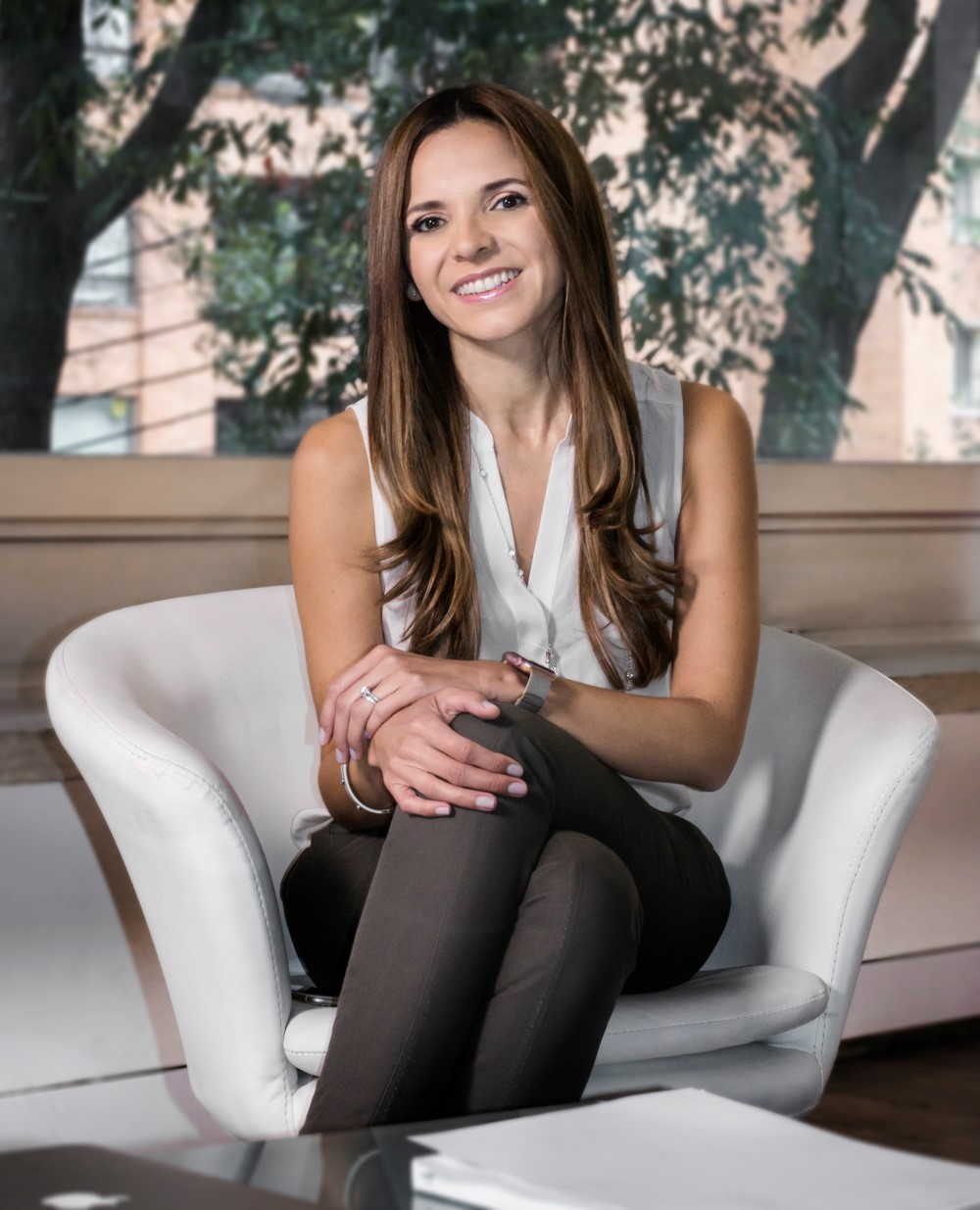 Several other Galaxy PSS features are, or eventually could be, extremely useful to Wingo, according to Barrera. One immediate benefit, “unique in this industry,” is that Galaxy PSS – now in its seventh iteration – works on multiple devices. These include mobile phones and tablets.

Therefore, using Galaxy PSS, “You can sell tickets on a cellular card,” says Barrera. “So there are many major costs … Wingo doesn’t need to incur and Wingo doesn’t need to pay all those traditional market networks.” That said, Galaxy PSS would let Wingo interface with traditional GDSs and offer interlining and code-sharing if it wished – which Wingo says one day it will.

Galaxy PSS provides “everything an airline needs to configure, price and sell an airline seat, or any ancillary service, and fulfill it as well,” says Barrera. “You can print the boarding card and accounting is built into the core system, so you can account for it as well. So the airline knows instantaneously how many tickets it has sold and the money it has made.”

This sounds good news for Wingo. But why does Bretón, who formerly held executive roles at Avianca and JetBlue Airways, have such an unusual title in her new job? “At Wingo we are aiming to create a fresh, close, fun and efficient culture, where hierarchical titles are replaced with a flat, lean and open organization in which every voice counts,” she says. “We want every Wingo employee to feel good at their job and to make every customer feel good as well.”