There is a not-so-quiet push under foot to explore a segment of the satellite connectivity market previously considered wrapped up tight. Smaller, regional aircraft have been seen as “off limits” to traditional broadband Ku and Ka providers because the antenna hardware was the wrong shape, size and weight. But limited air-to-ground (ATG) spectrum and increased demand – plus new antenna solutions – may see that change.

Perhaps the first hint of a possible shift came last year when Thales Inflyt and ViaSat fitted JetBlue’s Embraer E190 aircraft with a Ka-band antenna to provide that carrier’s FlyFi-branded service. Of course, the E190/195 series are a larger variety of regional jet so the weight impact of the traditional antenna is better managed by the heavier aircraft. But the deployment demonstrates that the opportunity for satellite service on other RJ types, including Embraer 170/175s and Bombardier CRJ700s/900s, is viable.

Ku and Ka satellite connectivity players are getting ready to make a move there as well. ViaSat admitted as much in a recent interview with RGN, saying it expects to have an RJ solution in a few years. And Panasonic Avionics’ VP of Global Communications Services, David Bruner, has revealed that his company plans to be a player in the space. 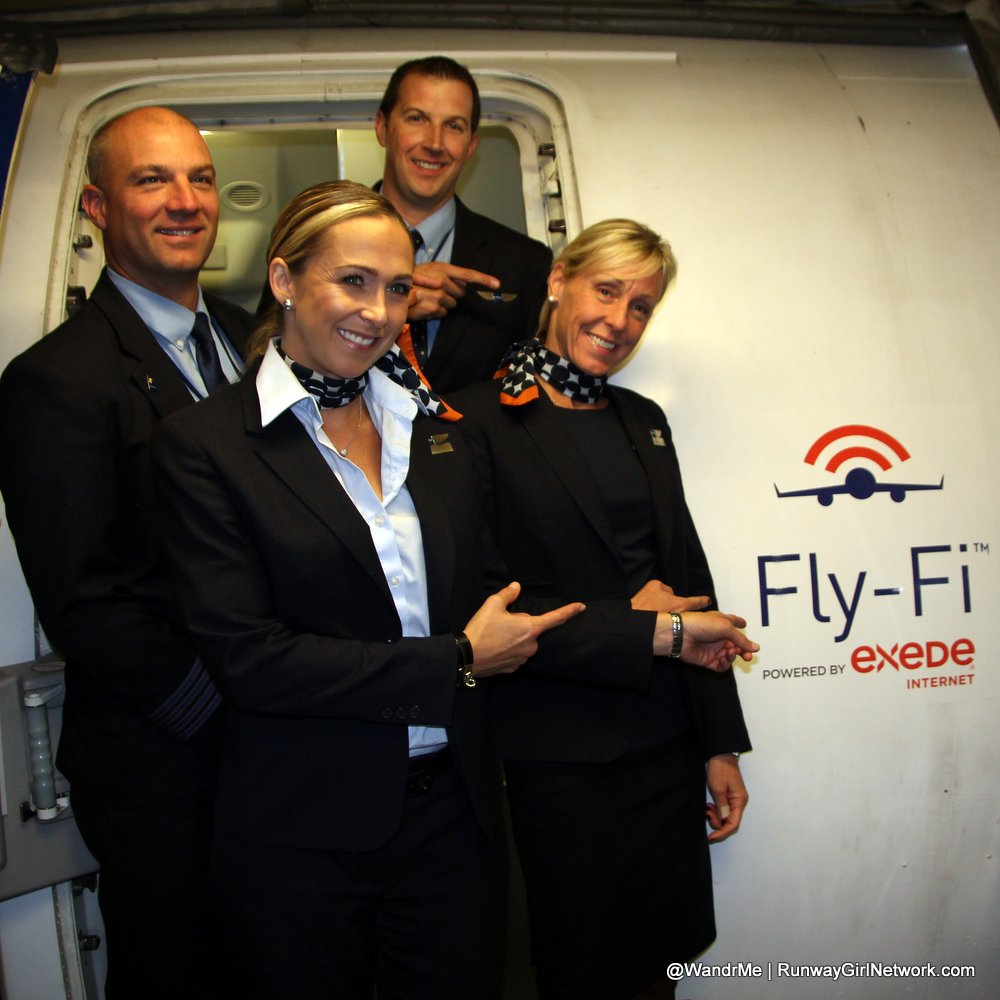 Panasonic avoided the market in the past “because we didn’t have an antenna that works” but the technology has changed and demand has increased, creating a segment where Bruner believes Panasonic can see significant wins. A big reason for his newfound enthusiasm comes from shrinking the antenna. Says Bruner:

The key has always been ‘yeah but [Gogo] has this little antenna’. That is a huge advantage for installation costs, weight, everything. If you remove that, we have a huge advantage in satellite. And so for 10 years I have been working on this I didn’t have a good solution. Now I have a solution coming and it will be good. And that is going to change the whole dynamics of the business.

An antenna decision has not been announced, and Bruner did not offer any hints (will Panasonic do something in-house or work a deal for something along the lines of what Phasor is offering? Or might it work with its partner in business aviation connectivity, Astronics?)

It is not just about the antenna. The limited spectrum available for US ATG will continue to hamper performance on that network, even as mainline aircraft are migrated to satellite solutions and free up capacity for the smaller jets to use the terrestrial network. The satellite players have an opportunity to move in and stake a claim on some of these aircraft which otherwise would have assuredly stayed with an ATG-based kit. And as the per-bit cost of satellite service continues to drop, satellite connectivity solutions gain further appeal.

In Europe where the hybrid ATG/S-band network will roll out – and with it, small, lightweight aircraft antennae – there is more spectrum than in the US ATG market, and fewer aircraft set to use it in the near term. Asia sees far fewer regional aircraft operating so the impact of a new solution would be less significant there.

As for when such a shift might occur, Panasonic’s Bruner believes the retrofit installs of its new offering might start on regional jets as soon as late 2017 with a move to achieve line-fit with Bombardier and Embraer in 2018 or beyond. A late 2017 timeframe seems aggressive for a hardware solution that has not been delivered yet, and a market where many of the potential aircraft are currently committed. But there is also a respectable backlog for large RJs, particular E-Jets and the re-engined E2. And of course, Ku satellite coverage extends far beyond CONUS.

#PaxEx TV: Indian carriers face off for foodies in the sky