A preliminary order for US airlines to offer service to Havana has been issued by the US Department of Transportation. The 20 daily flights are highly valued prizes stemming from broader efforts to normalize relations between the two countries after more than five decades.

Eight US airlines are to receive access to Havana with flights tentatively approved from ten different gateway cities. And, looking at the allocations, nearly every airline that applied received something, with most carriers being granted close to what they wanted.

And while it’s likely that some airlines will protest certain awards in a bid to strengthen their positions, it is unlikely that we will see much shift in the final decision, which is set for later this summer; service is expected to begin in the winter 2016/17 timeframe. 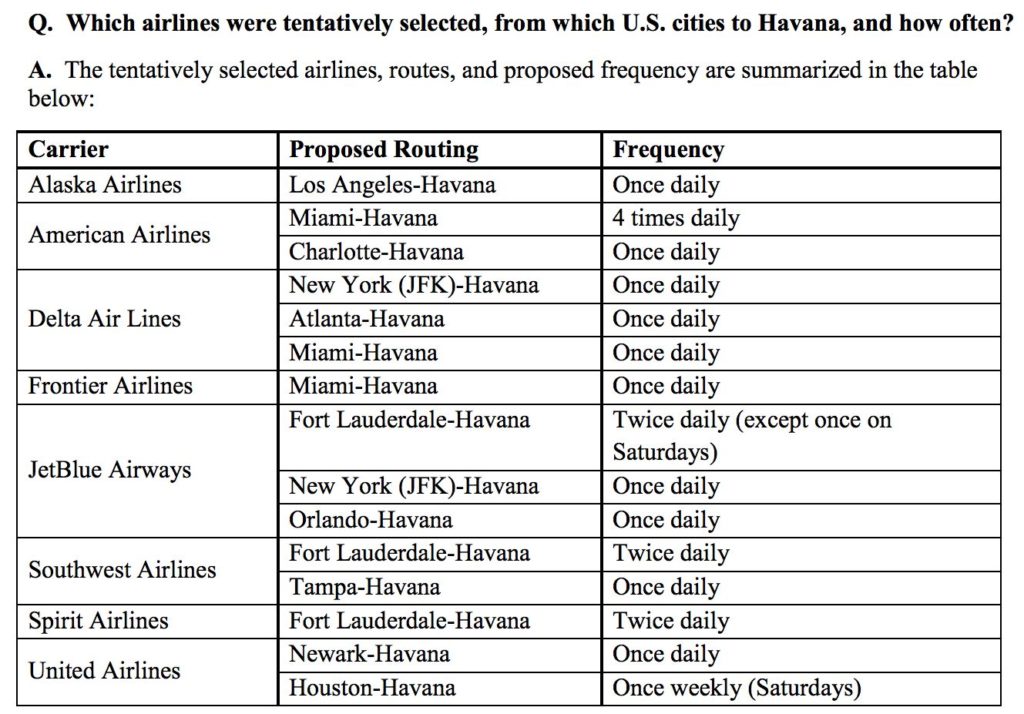 South Florida represents strongly in the allocations, with Miami and Fort Lauderdale equally splitting 12 of the 20 daily flights to Havana. Miami will see service from American Airlines, Delta Air Lines and Frontier while Fort Lauderdale will be served by JetBlue, Southwest and Spirit. The high number of flights, mix of carriers and overall volume of traffic should engender competitive pricing in the market, something passengers will welcome.

New York City is represented with three daily frequencies split across JFK airport (2x daily, Delta and JetBlue) and Newark (1x daily, United). This is the second largest density of flights and, again, with multiple carriers operating the competition factor should work in passengers’ favor.

Once-daily service will be offered from Los Angeles (Alaska Airlines), Charlotte (American), Atlanta (Delta), Orlando (JetBlue) and Tampa (Southwest). Finally, a once-weekly flight was authorized for United from Houston on Saturdays; and one of JetBlue’s twice-daily Fort Lauderdale services will not operate on Saturday to accommodate the Houston flight. The award of a less-than-daily frequency is somewhat surprising but given the overall allocations, it is not completely unreasonable.

With respect to Havana flights, Eastern Airlines and Silver Airways are on the outside looking in. The exclusion of Eastern was predictable given that the operator does not currently offer scheduled service. Silver Airways was looking to fly from a number of Florida cities, mostly on a less-than-daily basis. It will still have several daily flights to Cuba, just not from Havana. 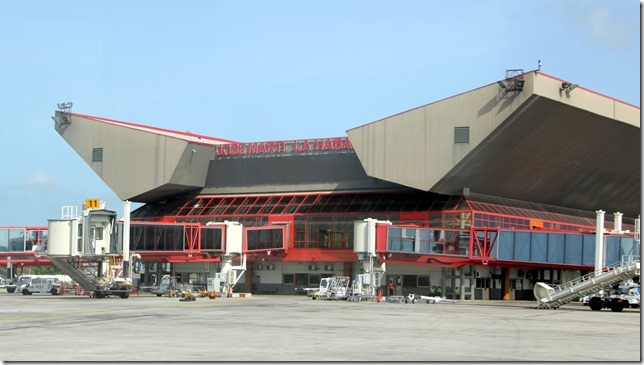 There are still some hurdles to overcome before carriers can sell seats and carry passengers to Havana. The DOT must first finalize the ruling, of course, and Cuban authorities must approve it as well. But the airlines face other significant challenges in launching service, as reported by AP. The US charter terminal at Jose Marti International Airport currently used by US airlines is far too small to handle 20 additional flights and 3000+ additional potential passengers daily. Data connectivity in Cuba is limited in general and getting sufficient capacity to process check-ins may prove more than the infrastructure can handle. Ditto for baggage tracking.

There are also concerns about the staff training – all employees at the airport are hired by the Cuban government, as noted by AP – and getting individual airline policies and procedures implemented within the quick timeline required by the DOT awards.

Finally, there are visa rules on the Cuban end and visit authorizations on the US side which must be managed. US citizens are still not permitted to travel as tourists to Cuba, though self-certification and relaxed rules on “person-to-person” travel make that much easier to overcome. Still, the airlines are required to check and maintain documentation for all travelers.

There are further questions about what the future holds for charter operators into Cuba. The new aviation agreement allows for unlimited charter flights, just like the old one did. But once passengers are able to buy direct from the airlines – more easily comparing prices and schedules and choosing from many more gateway airports – some charters could dry up.