Delta will operate at least 75 Bombardier CSeries aircraft in a deal confirmed today by the two companies. Speculation of such an announcement has been swirling for weeks and more aggressively in the past few days. Now we know some of the specifics.

The deal includes 75 firm orders and options for another 50; list price on the 75 firm orders is $5.6 billion but, as is typical for aircraft orders, significant discounts are assumed for Delta’s actual costs. Deliveries are set to begin two years hence, in Spring 2018, and Delta retains the right to convert some from the CS100 to the larger CS300 model.

In a statement included in the press release this morning, Delta’s incoming CEO Ed Bastian led with the passenger benefits of the aircraft, not the economics, in describing the value proposition the CSeries presents for Delta and its passengers:

As we reshape our fleet for the future, the innovative onboard experience of the CSeries is a perfect complement for the top-notch service provided every day by Delta people. These new aircraft are a solid investment, allowing us to take advantage of superior operating economics, network flexibility and best-in-class fuel performance.

And there is much to celebrate with the CSeries from a passenger perspective. Seats and the aisle will be wider than other aircraft of a similar capacity and the MD-88s these planes will be replacing.

Overhead bins are larger, as are the windows. And it is a significantly quieter aircraft. Moreover, the Delta-specific configuration will include in-seat IFE, wifi connectivity (unclear if this will be Gogo’s 2Ku solution on the smaller fuselage or another product) and a 2×2 seating layout in the first class cabin. All this adds up to a better passenger experience from start to finish.

It is worth noting that the CS100 is smaller than the MD-88s and Delta acknowledges that they are not a direct replacement. The CS300 remains a possibility for Delta; the company is still developing its plans, and its contract with Bombardier allows for conversion of future orders.

Bastian also points out that the company is looking to increase gauge in many markets and that the CS100 provides for that relative to smaller regional jets.

The operating economics are interesting as well. The new engines are proving to be more efficient than the original design spec, which is great news for airlines. But is is also unlikely that Delta will ever fully take advantage of the capabilities the CSeries offers, particularly the 3100 nautical mile range. Here’s what that looks like from Delta’s hubs: 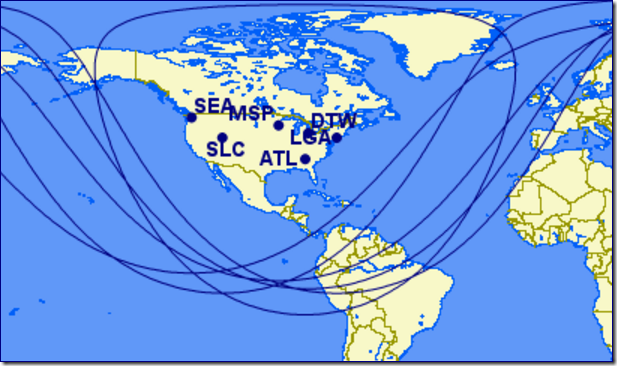 Looking at the coverage area of the CS100 based on Delta’s US hubs; lots of places likely to never see service. (Image via gcmap.com)

With its smaller total passenger count (110 typical in the CS100, 130 in the CS300) it is likely that the new planes will be used for much shorter routes, possibly only touching a third of the capability built in to the airframes. Even at 1100nm range, most of North America would be covered. 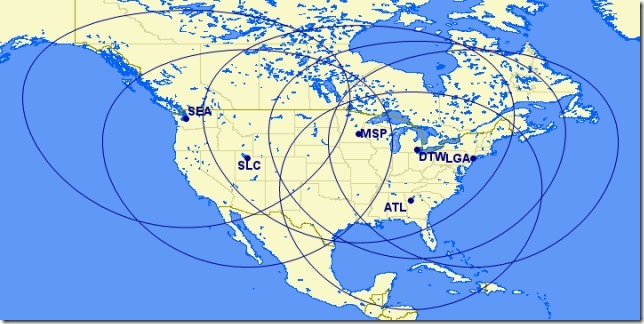 Coverage area of the CS100 at 1000nm based on Delta’s US hubs; plenty of coverage and barely getting in to the capabilities of the type. (Image via gcmap.com)

Generally longer range capability means additional weight and “waste” in the design if the aircraft will not operate that route profile but in the case of the CSeries that seems to be taking a back seat to the overall value proposition the type brings to the table thanks to the new generation of Pratt & Whitney geared turbofan engines.

This is not just a Delta thing – other commercial operators have similar route profiles for the type – but it is an intriguing note to the efficiency of the type that even at the shorter range it presents solid economics. Bastian did allude to the performance capabilities during the press conference announcing the deal, noting that there was “give and take” in negotiating the capital cost for the aircraft based on the performance capabilities it offers. 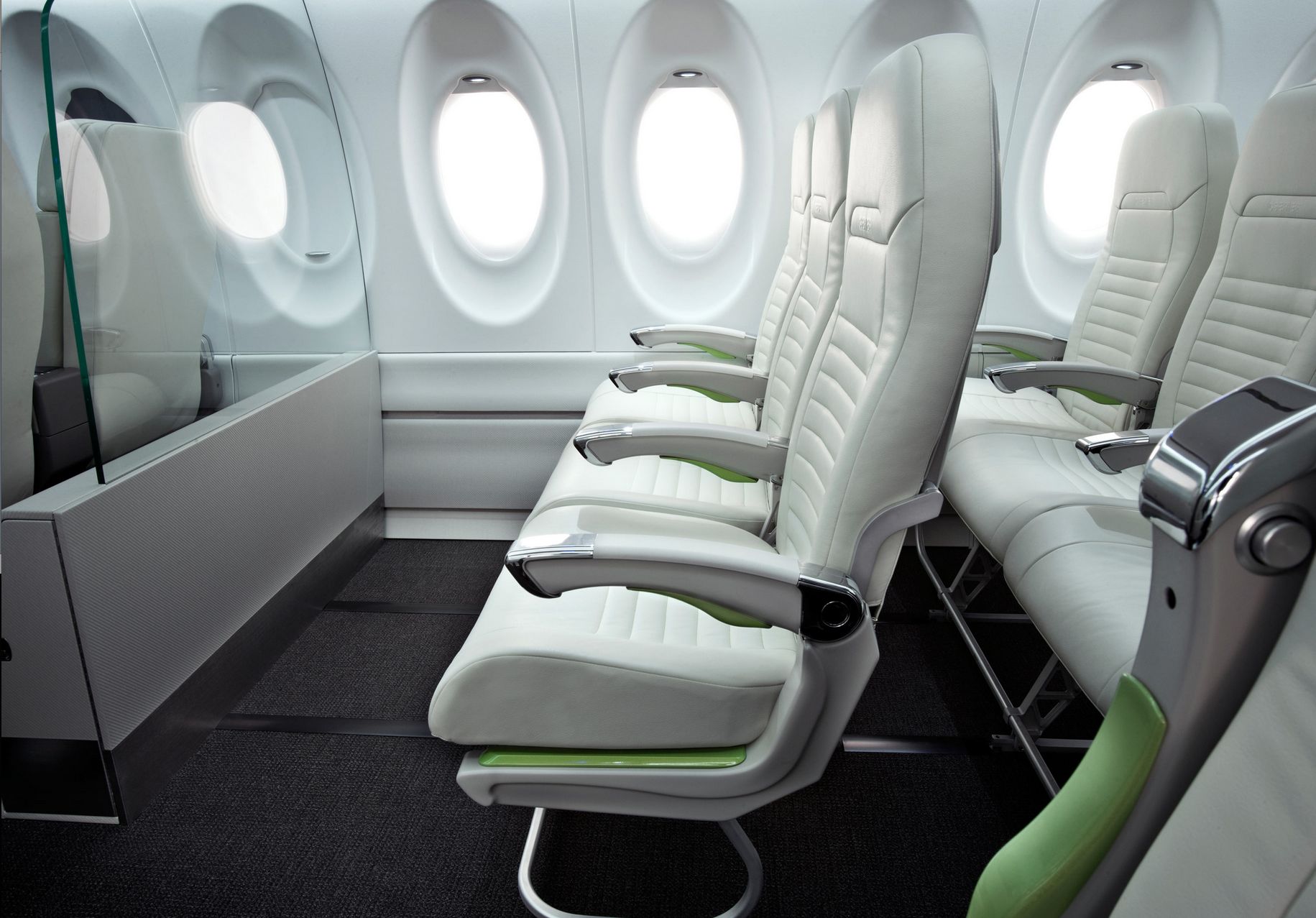