The only thing worse than not offering Wi-Fi is offering Wi-Fi that doesn’t work. While Wi-Fi in the sky is now seeing a move to high-speed networks, Amtrak has been left in the dust. Much like the early airline adopters of Gogo’s original air-to-ground (ATG) technology, Amtrak is now operating a system that simply can’t keep up with modern data usage.

While Amtrak has upgraded the majority of its Northeast Corridor trains from 3G to faster LTE networks, it still relies on commercial cellular networks to provide a connection to the train. Even with LTE, streaming video is still blocked, and the experience can be downright awful.

The new plan calls for a dedicated trackside wireless network on the Northeast Corridor, stretching from Washington DC through New York City and eventually up to Boston. The network would allow Amtrak to stop relying on congested commercial cellular networks and maximize the wireless signal for its right of ways.

A small section the trackside network is already built, and testing is in progress, says Amtrak’s Lenetta McCampbell, senior director, passenger experience. “Last year, Amtrak completed constructing a 10-mile proof-of-concept wireless trackside broadband network near Wilmington, DE. Results exceeded expectations and, as such, we are focused on building out another 20-35 mile stretch in 2016.

By the end of this year, 40-50 miles of our right-of-way will have this new high-speed trackside network. The build will be accelerated in 2017 (assuming funding is available), with construction being focused on the south-end between Washington Union Station and New York Penn Station. This is a multi-year, large-scale infrastructure project that, when finished, could stretch from Washington DC to Boston.”

Initial test results of the trackside network are promising, says McCampbell. “The test results showed significant improvement in the total throughput, delivering at least five times the throughput we achieve today through the commercial cellular networks.”

The onboard network equipment is also receiving a refresh in order to take advantage of the higher connection speeds, explains McCampbell. “In parallel, we are currently working to replace the existing on-board Wi-Fi network, an outdated 6-year-old technology solution, with a Next-Generation solution. This upgrade includes replacement of all hardware and software. Our new Wi-Fi solution includes a primary gigabit speed wired network (replacing a 150 Mbps wireless inter-carriage link system), as well as the latest in radio (3×3 MIMO), antenna (2×2 MIMO) and backhaul (integrated trackside) capabilities, which will improve the onboard network’s capacity and performance.” 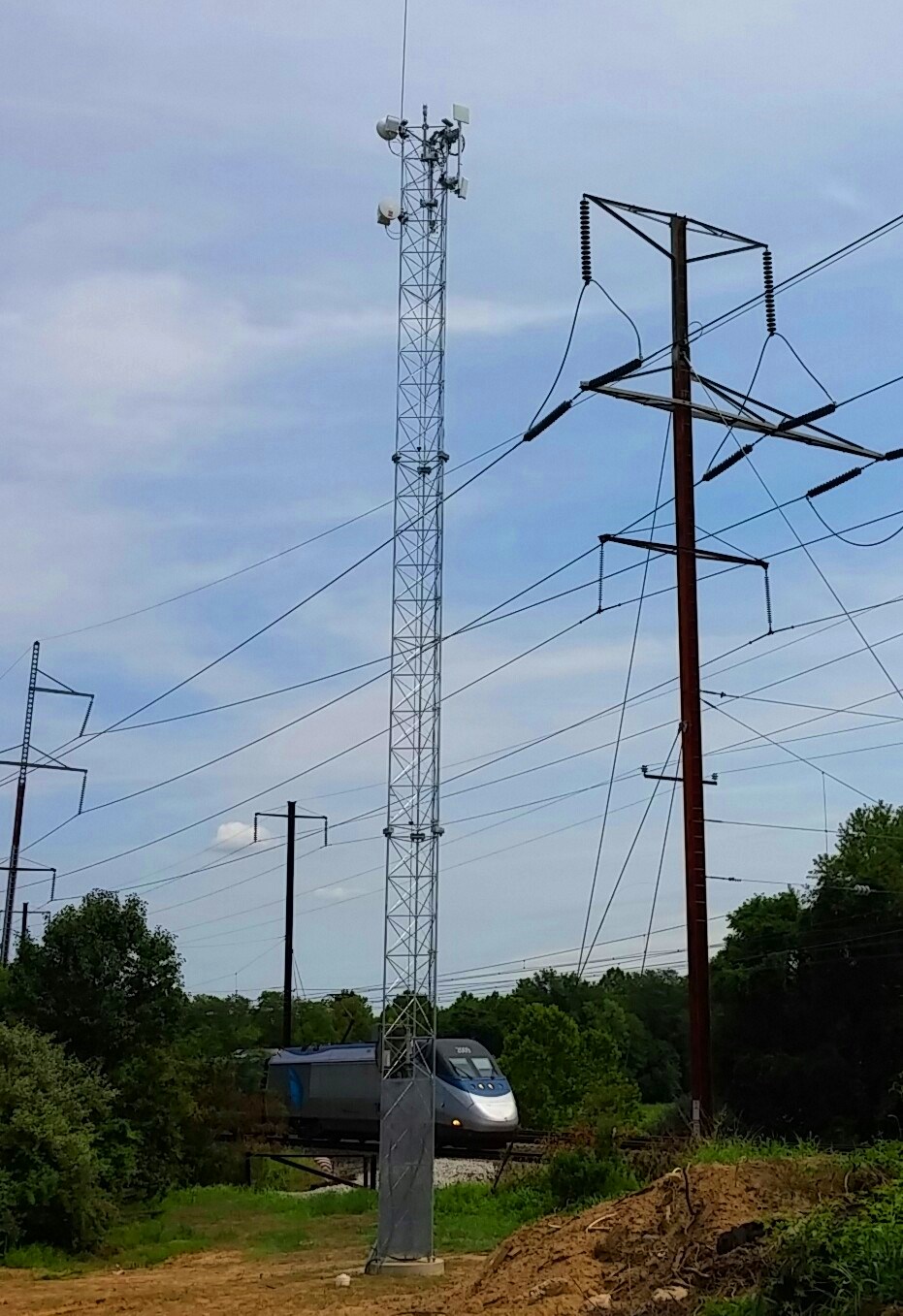 Outside of the Northeast Corridor, Amtrak is in the process of evaluating various satellite-based connectivity solutions to connect trains on its thousands of miles of track where a dedicated network would be impractical. While the Ku versus Ka band debate rages in the aerospace sector, Amtrak has yet to pick a side, said McCampbell. “We are assessing both Ku and Ka band technologies as sources of supplemental backhaul for Wi-Fi equipped trains where cellular coverage is limited or unavailable.”

Unlike aircraft, Amtrak’s trains will never leave the continental United States, making a regional Ka solution a possible option. ViaSat’s Ka band offering, currently deployed on JetBlue and Virgin America, could be an excellent fit for Amtrak’s fleet. But “satcom guru” Peter Lemme notes that flatpanel antennas are favored for rail. Providers include ThinKom, which makes the antennae for Gogo’s 2Ku solution, as well as Kymeta and Phasor.

As Amtrak evaluates its options for connectivity, it is also looking into offering streaming entertainment on board trains. “Amtrak is looking into an onboard entertainment platform that is similar in nature to what is offered by airlines. As with satellite technologies, we are in an evaluation phase with this effort,” says McCampbell. With power outlets available at nearly all seats on most trains, the combination of fast internet and streaming entertainment may just give airlines operating in the Northeast Corridor a run for their money.

#PaxEx TV: Bringing you the latest buzz about aircraft interiors