Aircraft manufacturers have hit back at conservationists’ claims that the airline industry is not reducing its carbon footprint fast enough to account for the rapid growth of the air transport sector. And there are some reasons to believe them.

While it is probably fair to say the top brass at the world’s biggest airframers are not being kept awake at night by the plight of the polar bears, regulatory changes are afoot that may result in some tossing and turning. With a new global CO2 emissions standard for all aircraft just around the corner, it may soon be the case that if conscience doesn’t dictate change, the law will.

ICAO is expected to unveil the new efficiency standard in the coming weeks. Observers are hoping the UN body will redeem itself by not watering the standard down to the point of uselessness. ICAO is widely seen as having made extremely slow progress on addressing aviation emissions so far.

As the International Council on Clean Transportation (ICCT) wrote in a 2014 blog: “ICAO has been working on the standard since 2009, and has yet to adopt a single enforceable measure to reduce CO2 from aircraft in the 17 years since it was charged with developing a climate policy for international aviation as part of the Kyoto Protocol discussions.

“Time is running out, and ICAO needs to wrap its work up soon. Let’s hope that they make the right decisions and make sure that this very anticipated standard will actually make a difference.”

Whatever the outcome, and whatever the motive, aircraft manufacturers are keen to point out that they are doing everything they can to make their products as efficient as possible.

“As a responsible business sector we know we have to do something about CO2, and we’re doing what we can to reduce CO2 emissions,” Dan Carnelly, marketing director for aircraft performance and environment at Airbus, tells Runway Girl Network. “ICAO set a goal of a 1.5% [efficiency] improvement per year – if you measure what’s happened, we’ve achieved almost 2%.”

Defending the decision by the two major aircraft manufacturers to re-engine existing narrowbody models, rather than embark on a clean-sheet design that could have achieved even greater efficiency improvements, Carnelly highlights the nearer-term gains of their chosen path. “With the A320neo we have introduced a 15% reduction in fuel burn as quickly as we could. One of the reasons we did the neo was because it could deliver a 15% reduction quickly, within five years,” he says.

“That is not the case if you go to an all-new design. When we looked at this we could have got 20% instead of 15%, but it would have taken eight to 10 years longer. The question was, do you want that efficiency in place quickly, or do you want an additional 5% eight years later? The answer came back strongly that we would rather have the technology now.”

Alongside the re-engine program, Airbus is ploughing “€2 billion [$2.2 billion] a year into research” aimed at making the burning of kerosene a thing of the past, says Carnelly. “A large part [of that research] is how to get away from emitting CO2. We hope in 20 years we will have an all-electric aircraft. Manufacturers are really looking at the best ways to get away from burning kerosene, and there are strong incentives – from fuel-price volatility to new regulations.”

On the regulatory front, in addition to any future restrictions shepherded in by the upcoming CO2 standard, ICAO has a second big chance to shine this year. If achieved, and if executed well, a global market-based measure (MBM) to regulate aircraft emissions could go hand-in-hand with technology improvements to ensure the sustainable growth of the sector.

“The MBM is supposed to act as a financial incentive to reduce CO2. The theory is the more flights you operate, the more you’ll pay. This is supposed to be the economic measure that acts with the technology measure,” explains Carnelly. “If we as manufacturers fail to deliver, the MBM is there as a safety net to control the growth of the airline business.”

According to Bombardier Aerospace, sustainable growth can only be achieved if each jigsaw piece is laid carefully in place by each stakeholder.

“There is not one single improvement element or policy decision that will fulfil the goals of the industry. However, continued focus on the wider ‘basket of measures’ will deliver on the goals that the industry has set itself,” Bruce Parry, head of sustainability in Bombardier’s aerospace product development engineering unit, tells RGN. “Bombardier supports ICAO and its activities, aimed at helping the industry reduce its overall emissions with a decision on a CO2 certification standard for engines and through economic instruments to achieve carbon-neutral growth from 2020.

“One area where policymakers could assist towards achieving the industry goals would be related to the uptake of sustainable aviation biofuels through incentives, clear guidelines on development and encouragement of greater investment.” 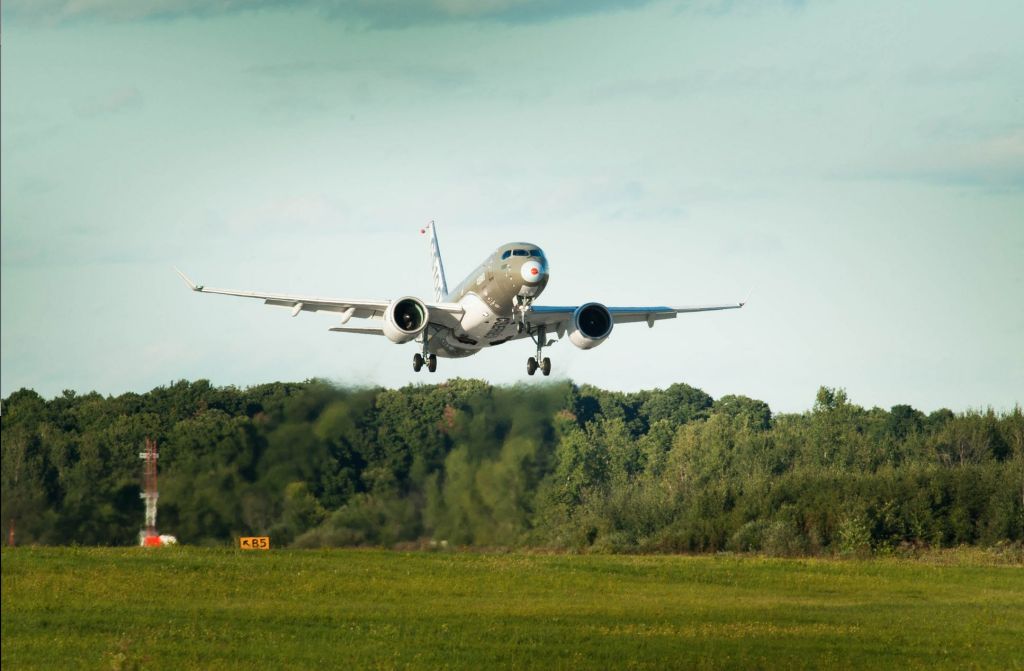 So, is the industry shouting loudly enough to ensure that all the necessary steps are taken? On paper it seems to be.

A letter signed last year by the chief executives of all the major aircraft and engine manufacturers, as well as related trade associations, ended with the following plea to governments: “Importantly, we have just one year in which to shape a ground-breaking market-based measure that will, for the first time, enable a single global sector to stabilize its emissions from 2020. It’s a challenging task. But it is one to which the aviation industry is fully committed.

“We need governments meeting at ICAO to work together with us and civil society to push this process forward. We call on them to agree at the 39th ICAO Assembly to the implementation of a simple, global offsetting scheme which will stabilize air transport carbon emissions growth, and to endorse an historic global CO2 standard for new aircraft. To delay will harm a vital global sector and harm our global climate.”

Carnelly from Airbus says it is “not fair to say policymakers slow it down”, pointing to the intricacies of developing measures that can be implemented globally, and the importance of getting it right.

“One thing the industry complains to itself about, but should shout louder about, is that aviation is a global industry, not a regional one, so any legislation has to be agreed globally. This takes time,” he says. “The right approach is to take the time to get a global agreement and to make sure it’s robust – it has to have teeth.”

The ducks are in line to make 2016 a pivotal year for ensuring that aviation can grow sustainably. The hope is that hope nobody misses their shot.

Opportunities abound for B/E as US airlines improve #PaxEx