At least 63% of flights transiting over the Gander Oceanic Flight Information Region (FIR) – which stretches from the east coast of Canada to about halfway across the North Atlantic – carry the necessary equipment to participate in a project that will space aircraft closer together on the high-traffic corridor in a bid to increase capacity, cut flying time and reduce fuel burn, NAV CANADA confirms.

Aircraft operators participating in the so-called Reduced Lateral Separation (RLat) project – an ICAO initiative being implemented by the Canadian air navigation service provider (ANSP) together with NATS in the UK – are eligible if their flights over the North Atlantic are required navigation performance 4 (RNP-4) approved, and are equipped with Automatic Dependent Surveillance – Contract (ADS-C) and controller-pilot data link communications (CPDLC).

“For the month of October 2015, there were over 36,000 flights that transited our Gander oceanic airspace. The equipage rates for ADS-C, CPDLC and RNP-4 were 90%, 90% and 63% respectively (up from 76%, 76% and 55% in October 2014),” NAV CANADA spokesman Ron Singer told Runway Girl Network after RLat Phase 1 – a trial – began last week, affecting the Gander Oceanic FIR (30 degrees west longitude, between 45 and 65 degrees north latitude) and the adjacent Shanwick Oceanic FIR. 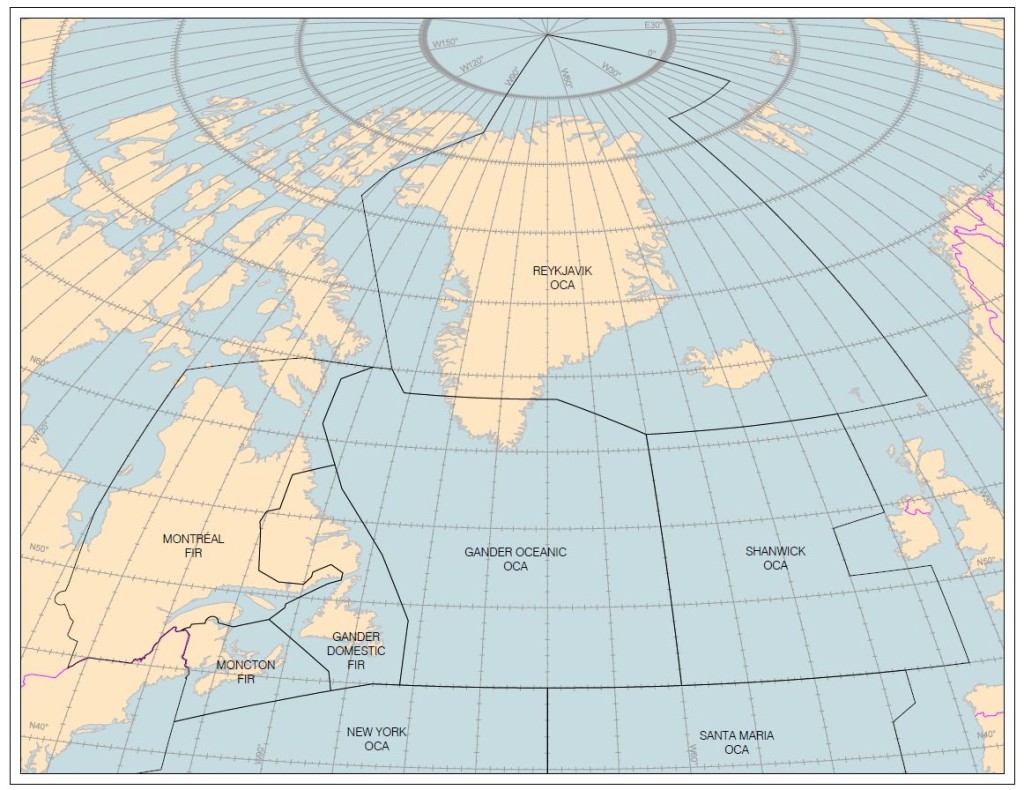 The RLat project is essentially turning what is today a dual carriageway into a three-lane motorway over the North Atlantic “without expanding the current road infrastructure”, explains Alastair Muir, operations director at NATS’ Prestwick control centre.

At present, most aircraft follow tracks that are set each day based on the traffic demand and prevailing weather conditions such as the jet stream. The tracks are separated by one degree of latitude – the equivalent to 60 nautical miles. NAV CANADA and NATS say the separation can now be safely reduced for suitably equipped aircraft to half a degree.

“Initially one additional track is to be introduced, creating three half degree separated routes for suitably equipped aircraft to fly. However, half a degree is expected to become the standard separation minimum across the organized track structure in [Phase 2 implementation in] November 2016,” add the two ANSPs.

But even though implementation of RLat is expected to add capacity and provide considerable improvements to efficiency,  a further reduction in separation will be achieved through space-based Automatic Dependent Surveillance – Broadcast (ADS-B), which the Aireon project will bring in 2018.

A joint venture among Iridium Communications, NAV CANADA and European ANSPs – Naviair, ENAV and IAA in Ireland – Aireon has long been billed as a way for airlines to save billions of dollars in fuel costs because it will facilitate more direct air routes and optimal climbs, as well as allow for aircraft to be spaced closer together. Indeed, Aireon “will bring 15 nautical mile separation” over the North Atlantic, notes NAV CANADA’s Singer.

But in the wake of the tragic disappearance of Malaysia Airlines flight MH370, Aireon’s ability to globally track aircraft via space-based ADS-B has also proven very appealing to industry. To wit, the ITU’s World Radiocommunication Conference (WRC-15) in Geneva recently agreed to allocate the frequency band 1087.7-1092.3 MHz – which is currently being used to transmit ADS-B signals from aircraft to terrestrial stations within line-of-sight – to the Earth-to-space direction to facilitate transmissions from aircraft to satellites in orbit. The landmark agreement facilitates reporting the position of aircraft equipped with ADS-B anywhere in the world, including oceanic, polar and other remote areas.

Poised to support this position reporting on a global scale, Aireon will operate over Iridium’s NEXT generation of 66 cross-linked Low Earth Orbit (LEO) satellites, the first two of which will launch shortly. It’s already apparent that some airlines will wait until Aireon is available  in order to track all aircraft in their fleets. An ICAO working group recently urged a two-year delay to the UN agency’s November 2016 deadline for implementing tracking using current technology. This would make the tracking mandate enforceable around the same time that Aireon’s global tracking via space-based ADS-B is expected to be available.

“The original objectives of IATA and ICAO following the disappearance of MH370 were to look at what could be done as quickly as possible using existing capabilities and technology. But as they started digging into the details they found out that certain things can be done immediately and aircraft equipped with Iridium and Inmarsat communications were already tracking [aircraft] and it was really more about coordinating that information among airlines and ANSPs so that it was used more appropriately and more in real time,” Aireon CEO Don Thoma tells RGN.

“But as you know, a significant amount of the world’s aircraft are not equipped with satcom. Widebodies over oceans do have it on board but even in areas like the Western Atlantic region, the equipage is closer to 30%. For Southeast Asia, large passenger aircraft have it, but the majority of aircraft flying in that airspace are not satcom-equipped. So a delay recognizes that a lot needs to be done and recognizes the fact that ADS-B is around the corner.

“Airlines are already equipping with ADS-B [per mandates in the US, Europe and elsewhere] so every aircraft will be able to have real-time tracking without any additional equipage costs in that case, and it will be on a timeframe most likely before they could equip with satcom across all of their aircraft. The potential more cost-effective alternative and rapid implementation across the fleet is ADS-B.” 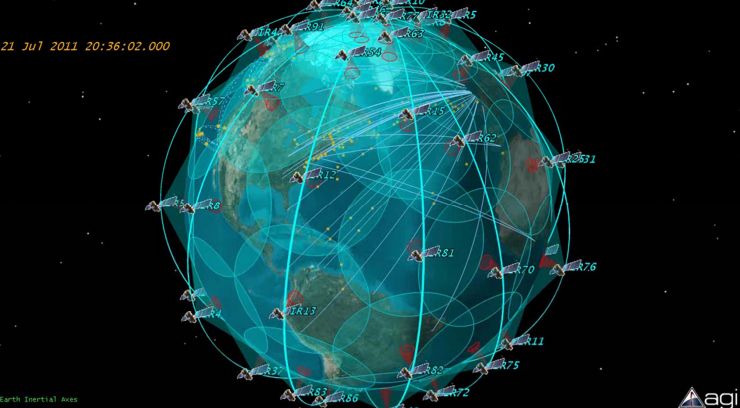 Once the first two Iridium NEXT satellites are launched via the Dnepr rocket, Aireon will begin processing the data and evaluating the system in partnership with its ANSP launch partners, including bringing the ADS-B data into ATC automatically.

Though Aireon has agreements in place to prepare the FAA for injection of data in key regions, including New York Oceanic, over the next year “they’ll be making more formal decisions about purchasing the data from a long-term perspective and using it like NAV CANADA and other ANSPs including new partner Curacao, which covers a fairly critical piece of airspace in the Caribbean and Central America”, notes Thoma.

Curacao’s main driver for adopting Aireon is much like that of NAV CANADA’s – firstly, it can reduce aircraft separation to provide more benefits to its customers.

But the ability to provide free aircraft positioning to industry – as Aireon says it will do –  is an added safety benefit of the system, whose time has clearly come.