This year saw the rebranding of a trio of carriers in the United States – Frontier Airlines, Spirit Airlines and Southwest Airlines. Keen observers of the industry fully expected Alaska Airlines to be next. After all, management previously suggested that the carrier’s decades old Eskimo livery was primed for a facelift.

But during a recent investor day presentation, Alaska management revealed that a complete makeover is not in the works, explaining, “If you go back to when we put our ‘2010 Plan’ together, the mindset then was maybe growing out of California, and places like that. There was a sense that we wanted to do more transformational things with our brand. Dynamics changed. At this point our deal is we really want to secure the loyalty of our current customers, so our branding thoughts [are] less around transformational changes of the brand, and more about margins.”

A few years ago Alaska was indeed headed down a different path, as it expanded down the coast of California. But a competitive capacity push by Delta Air Lines at Alaska’s Seattle hub has seen the latter “focus back on Seattle and continue to put capacity there”.

The company spent $27 million on advertising in 2013 and $40 million in 2014. A continued advertising push is central to its strategy going forward. “In terms of what the brand stands for, I think this notion of what air travel can do for you, living a fuller life, using air travel to get you to a place which is reminiscent of good times, I think some of those concepts with the brand are alive and well, but you will not see a complete makeover of the airplanes or livery or materials,” says Alaska CEO Brad Tilden.

He assures, “We like the Eskimo [livery] indeed, and he was never on the table.”

Alaska’s goal now is to bring down unit costs, “and as we do, can expand more in Pacific Northwest”. In tandem, Alaska aims to increase Pacific Northwest loyalty by offering premium, locally sourced onboard products to passengers.

Alaska embraces what makes it unique

A consistent brand experience that extends to onboard product “will improve brand recognition”, it says. Alaska fully expects to remain independent, though it confirms it is paying more attention to global alliances. 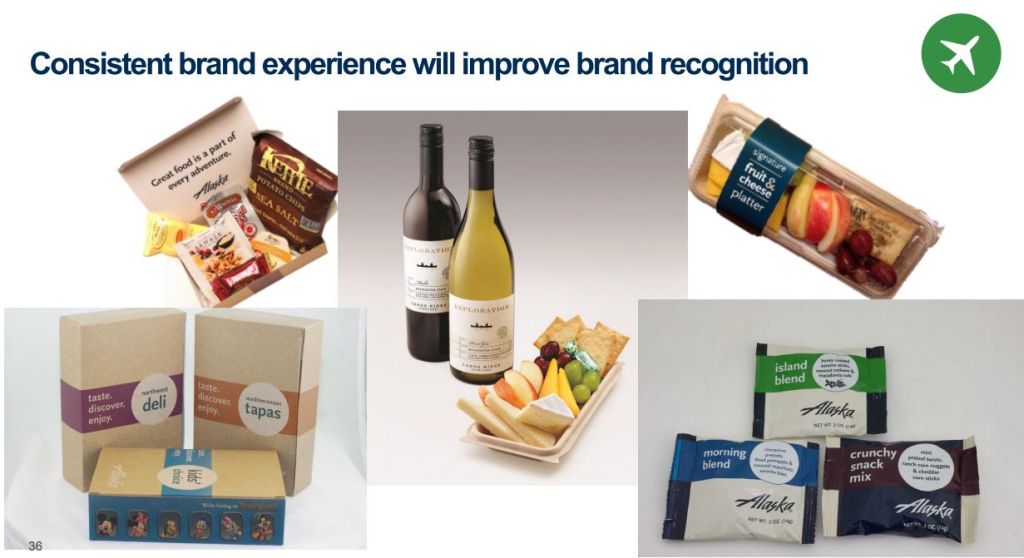