In an interview with RGN, AeroFi co-owner Martin Cunnison says his company opted to remain undercover while it developed the product, and worked to snag a customer. “We formed the company in spring 2012 and took the decision to devote our time to developing the product, gaining experience in live deployment and talking directly to prospective airline clients. We wanted to save our formal public announcement until we’d landed our first long-term contract,” he says.

Even before the formal announcement was made, AeroFi “launched a live passenger trial with Monarch during the spring and summer months last year, on an A321, to prove the market opportunity”, notes Cunnison. “Passenger feedback was overwhelmingly positive.” 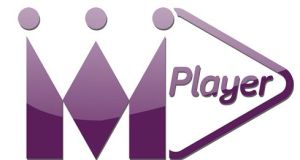 Passengers need to download the free MPlayer app to access the system before their Monarch flight; the app is available in the AppStore, GooglePlay and Amazon App Store.

Forging a close relationship with MAEL was also key for AeroFi.”We have built a very strong relationship with Monarch Aircraft Engineering over the past two and a half years and are already working together on new airline clients deploying the AeroFi solution,” says Cunnison.

Paul Godfrey, head of design at MAEL, has overseen the installation on six of Monarch’s Airbus A321s, and played an instrumental role in helping the MRO firm gain a supplemental type certificate (STC) for the package. “We wanted to remove the AVOD system on the A321s to save weight, but needed to replace it. I’ve known Martin Cunnison and members of the team at AeroFi for many years and between myself, Martin and the airline we looked at what was available,” says Godfrey.

“Martin mentioned that they were developing an app and software that might be a little different. I looked at an air-to-ground system from a US outfit, however this did not match the requirement for Monarch, so we looked at what AeroFi could offer. We came up with a concept for a wireless system, combining AeroFi’s work with new hardware.”

AeroFi and Godfrey presented the package to Monarch and the 2013 trial was the result. Six full A321 installations are now flying and a further 36 aircraft will be fitted with the system over the next 12 months. For the future, says Godfrey, “The intention is for MAEL to sell this STC and installation globally. We want to raise more STCs and use the same concept, offering a one-stop shop using our onboard wireless STC with AeroFi.”

Cunnison agrees that MAEL is AeroFi’s “preferred partner” for bringing the wireless IFE solution to other airlines, but notes, “We have worked with other DOAs, for instance recently on our Boeing 757 STC.”

Meanwhile, a ‘Walk-On’ wireless system for a private jet operator has been installed on three aircraft, says Cunnison. “This has many of the core features of the installed system and is a low cost, usually temporary alternative that does not require an STC or permanent installation.”