It wasn’t so long ago that many airlines, particularly those operating in North America, were suffering from a shortage of cash flow. For years after the terrorist attacks of September, 2001, a good portion of the traveling American public felt inclined to take a train or drive to their working/holiday destinations rather than fly. Then of course, in 2008, the global economy took a holiday of its own and many airlines were forced to reduce routes and services, file for bankruptcy or consolidate.

In those tighter times, creating unique and original onboard comfort programs came second to saving money: dollars and cents mattered far more than textures and scents. Yet now (to the joy of creative marketing teams everywhere) airlines are spending once again; not just on new aircraft and interior overhauls, but also on the little extras that can make a big difference to the overall passenger experience. 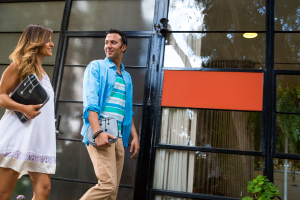 Creativity has again become the name of the game, and leading suppliers in this exciting new business environment are shifting gears to keep at the front of the pack.

WESSCO International is an LA-based comfort product and amenities supplier to the world’s airlines with offices in New York, Shanghai, Hangzhou, Ho Minh City and Athens. Though capable of sourcing economically-driven alternatives for passenger comfort, the company’s real expertise lies in the design and development of bespoke comfort programs and the facilitation of mutually beneficial partnerships between airlines and leading cosmetic, skin care and lifestyle brands.

“The industry is changing rapidly,” said Bob Bregman, founder of WESSCO International (est. 1979) and the company’s acting president. “Airlines are looking for design and brand partnerships to showcase their corporate identity and reflect a deeper understanding of the global travel lifestyle. We may be an older company, but we are fresh thinkers. We make it our job to track the latest trends in design, leisure and wellness and our incredibly talented designers in some of the world’s most fashionable cities are able deliver cutting-edge design concepts along with exclusive lifestyle brand partnerships. Our new look, slogan, and website have been crafted to highlight these sought-after capabilities.” 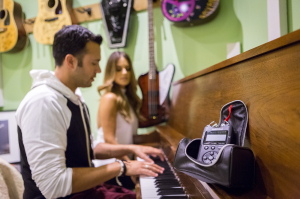 To convince airlines that they understand branding, passenger touch-point product suppliers are keen to prove that they themselves are a desirable brand. One of WESSCO’s top European competitors, FORMIA, has taken a decidedly sophisticated approach in its marketing efforts – going for an ultra-luxe market position with a strong focus on indulging desires. Australia’s Buzz products, on the other hand, relies somewhat on quirk and a funky-fun theme of outside the box thinking.

Now WESSCO too has better defined its market position and brand identity in a rather clever way by playing up its Tinsel-Town roots. Recently, the company has completed photo shoots and video reels that feature pop singers Pia Toscano and Jared Lee interacting with WESSCO products in iconic Los Angeles locales like the Historic Eames House in Pacific Palisades (actually occupied by Charles and Ray Eames) and the Gibson Guitars Showroom in Beverly Hills. Both Eames and Gibson are lifestyle brand partners of WESSCO. 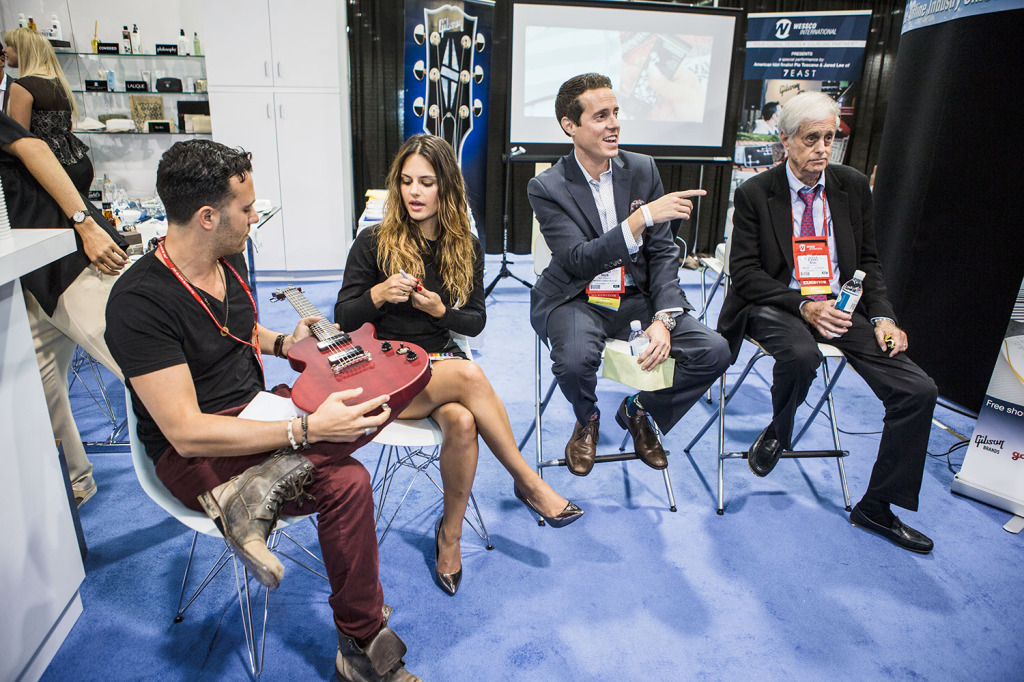 Aircraft Interiors Expo and APEX can and will coexist