Amelia Rose Earhart is recreating the historic last journey of her world famous namesake, Amelia Earhart, with a solo flight around the world which began yesterday (22 June), as reported by Runway Girl Network in February. Traveling some 28,000 miles and stopping in 14 countries, Amelia Rose will remain fully connected to the outside world throughout the journey thanks to Satcom1 and Inmarsat, which have thrown their support behind The Amelia Project.

Amelia Rose is flying a Pilatus PC12-NG, single engine aircraft, equipped with the latest avionics technology from Honeywell Aerospace, including satellite communications, as she recreates the infamous 1937 journey by Amelia Earhart that ended in her disappearance over the Pacific Ocean. 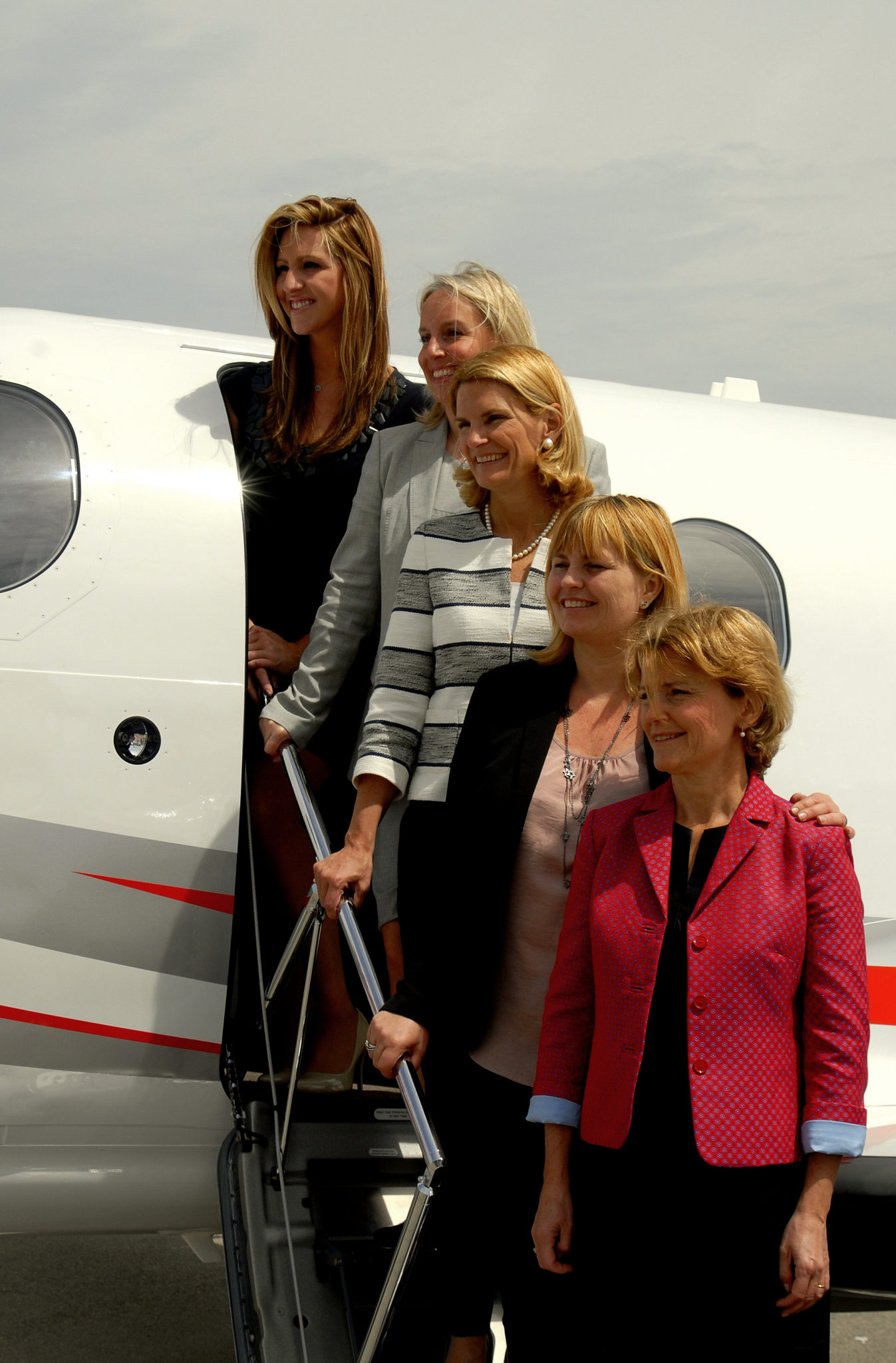 Inmarsat in a statement notes that its satellite connectivity service, provided in partnership with Satcom1 for airtime, airborne network design and consultancy services, is allowing data to be streamed live along the entire route, enabling Amelia Rose to stay in touch with her team and supporters on the ground.

Amelia Rose is able to stream live video during the flight via optimised video transmission technology, says Inmarsat. Social media will also play a major role in helping Amelia Rose’s supporters follow her progress, and interact with her during the flight. Throughout the journey, they will be able to ask questions and engage with Amelia Rose via Facebook and Twitter using the hashtag #flywithamelia (we’re looking forward to engaging in this opportunity). Inmarsat’s near global satellite coverage will enable Amelia to use social media all over the world, during every stage of her flight.

The Fly With Amelia Foundation was started by Amelia in 2013. The non-profit organization provides flight training scholarships for young women, builds STEM1 based educational curriculum and engages people of all ages and backgrounds in the thrill of discovering their own adventures. The Fly With Amelia Foundation works in partnership with Wings Over the Rockies Air and Space Museum to connect the community with the general aviation world.

“My ambition is to have this wonderful gift produce practical results for the future of commercial flying and for the women who may want to fly tomorrow’s planes,” says Amelia Rose Earhart of her trip. “When the flight is complete, I will be the youngest woman to fly around the world in a single engine aircraft, honoring Amelia’s tenacity and love for aviation along the way.”

“We admire so much Amelia’s decision to recreate her famous namesake’s planned trip around the globe,” said Miranda Mills, President, Inmarsat Aviation. “Both the stature of the feat and the larger purpose for which it is taking place embody the adventurous spirit of the famous aviatrix. We are delighted to supply the satellite connectivity which will allow Amelia to share every aspect of her experience in flight.”

“Satcom1 believe this journey will bring new connectivity requests from younger pilots and private operators, who will realise how simple it is today to work on-board, operate the aircraft or just have fun via satcom connection. We know that the Fly With Amelia Foundation supports young ambitious kids and they are the future users of these technologies and will be using more apps and more data content than ever before. It is an exciting era within communication and Satcom1 wish Amelia and all the kids who she inspires to follow this wonderful journey online,” says Karina Larsen, co-founder of Satcom1.

Starting in California, Amelia’s equatorial route will take her across the US before heading south into the Caribbean. She then heads to the North East of Brazil, from where she will set off across the South Atlantic Ocean, before she flies through the heart of the African continent. Her route will then cover the expanse of the Indian Ocean as she heads to South-East Asia. Finally, Amelia’s route will include a series of stages in the Pacific Islands, before she makes her way across the Pacific back to California.

The SATCOM system consists of Honeywell Aspire 200 Data Unit with an Intermediate Gain Antenna, which means the system will be capable of one channel of SwiftBroadband voice/multiple simultaneous Streaming Data services of up to 128 kbps/up to 332 kbps Background Data. Additionally supported by EMTEQ’s eConnectTM router, and Satcom1 AvioIP software suite as a stand-alone solution – this setup will enable Amelia to live-stream the flight by an optimized video transmission technology which is also a part of Satcom1’s coming upgrade of AvioIP.

1 STEM is a curriculum based on the idea of educating students in four specific disciplines — science, technology, engineering and mathematics — in an interdisciplinary and applied approach. Rather than teach the four disciplines as separate and discrete subjects, STEM integrates them into a cohesive learning paradigm based on real-world applications. 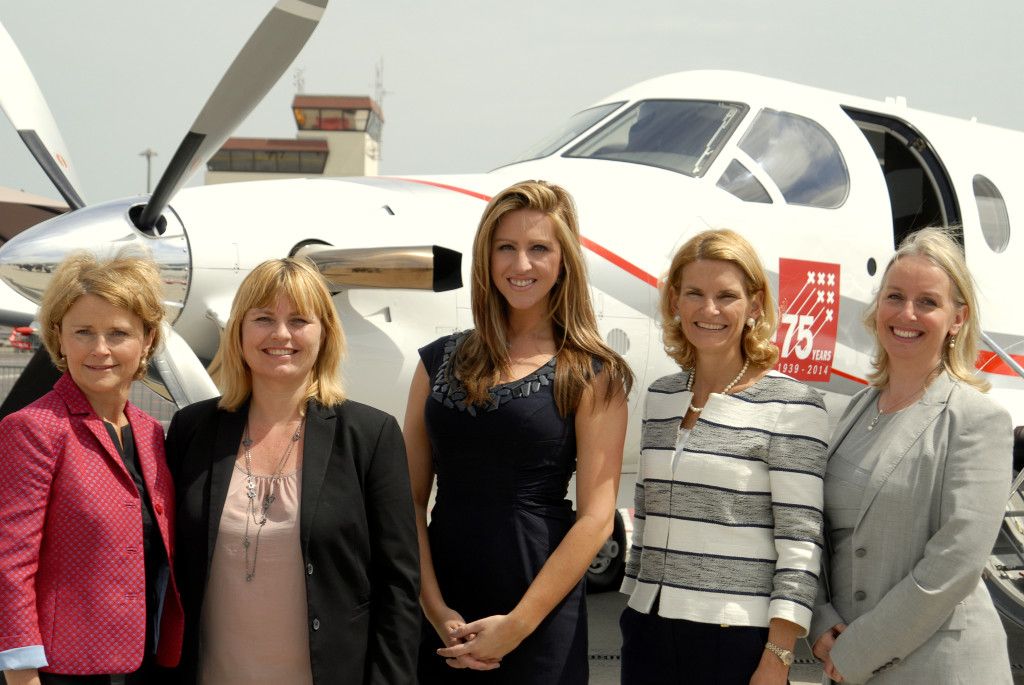