Honeywell and its partners Pilatus Aircraft, Jeppesen and Aspen Avionics released a hardware/software combination earlier this year which adds a small transponder component to Pilatus P-12 NG onboard systems allowing them to interface with iPads. Now updating navigation charts, offloading maintenance diagnostics or providing a moving map readout to passengers during a flight can be handled via an iPad rather than dedicated hardware.

For pilots and mechanics the upgrade is a significant one. While the days of floppy disks for system updates have mostly yielded to higher capacity memory cards the process is still rather cumbersome in many scenarios. Programming travel plans into the flight management system on board can be similarly tedious. Pilots using the new system will be able to load the plans into their device while still in the FBO and quickly sync it once they get on board. Accessing diagnostic data from the aircraft can be more challenging, often requiring specialized hardware. Using Wi-Fi and a simple end user application on readily available commodity hardware eases those pains. 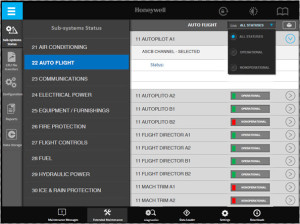 The companies didn’t stop with the flight deck experience; they considered passenger comfort and needs as well. By enabling access to the aircraft’s position and flight plan data in a read-only mode passengers can follow along with the flight. Given how popular the moving map is on commercial flights it should not be surprising that this option is well received by Pilatus customers, too. 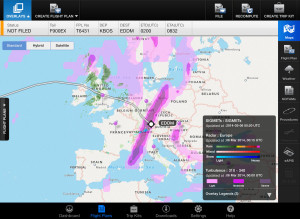 Don’t bet on this technology showing up on a commercial jet in the immediate future, but the technology has proven stable, secure and reliable in the general aviation market. That is a solid first step towards broader adoption.

One wonders if Amelia Rose Earhart will use the app on her around-the-world Pilatus flight with Honeywell’s APEX avionics and inflight connectivity.

Why trickle down ergonomics is a flawed theory for aircraft seats