Background checks for airside employees have changed beyond recognition since 9/11. But the recent hijacking of an Ethiopian Airlines Boeing 767-300 by its co-pilot, who Swiss authorities say diverted the aircraft to Geneva in order to claim asylum, shows that the extra security layers put in place over the last 13 years are by no means impenetrable. 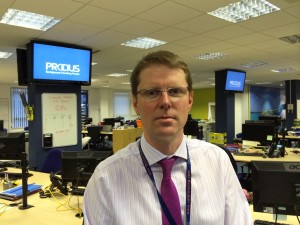 Runway Girl Network recently spoke to the commercial director of Procius, a UK-based firm that specialises in carrying out background checks on airside employees, to discuss how these checks are performed and whether anything more could be done to reduce the risk of ‘insider threats’ to the aviation industry.

On 17 February at about 06:00, Ethiopian Airlines Flight ET702 from Addis Ababa to Rome made an unscheduled stop at Geneva Airport. According to a Geneva police statement the co-pilot had locked the captain out of the cockpit during a bathroom break, taken control of the aircraft and diverted it to Switzerland.

After the aircraft landed, the co-pilot used a rope to descend from the cockpit before being detained by police. Police say he later told them that he felt threatened in his home country and wished to claim asylum in Switzerland.

None of the 202 passengers and crew on board the aircraft were injured, nor were they “at any moment threatened or placed in danger”, says the police statement.

Nevertheless, the incident raises questions about how to prevent similar events, or indeed events with more dire consequences, from occurring in the future.

Procius commercial director Nick Trollope points out that prior to 9/11 “if you wanted to work at the airport you just put two references at the bottom of your CV”, whereas today his firm must “prove an individual’s whereabouts and activities every day for the last five years”. This, he explains, is no mean feat.

“We take references from former employers, educational establishments and job centres, if they’ve been out of work, to try to gather evidence and piece together the jigsaw puzzle of each worker,” says Trollope.

Criminal record checks are also carried out, but these records are not always easy to come by. For example, if a UK-based airline or airport is looking to hire an employee from a country “where it is impossible to get” access to criminal records data, “a sworn oath [by the potential employee] made in front of a lawyer” is sufficient, says Trollope.

New security regulations are introduced frequently and, to complicate matters further, different countries and different airports add their own layers. “The [UK] Department for Transport perceives that the UK is a higher terror threat so it has layered its own rules and regulations on top of the EU [European Union] regulations, and airports put their own layer on top of that,” says Trollope, which leaves companies such as Procius “needing to satisfy three layers of regulation at once”.

Trollope describes the work that Procius does as “background checking at an extremely detailed level”, noting that at any one time the company is handling between 1,000 and 2,000 airside applicants. “We need an average of six references per worker, and right now we’re following up some 10,000 references around the world,” he says.

Data protection laws mean there is “nothing cloak and dagger” about the way in which these background checks are carried out, says Trollop. “The existing checks are already very robust, so I don’t think there’s anything else employers could reasonably be expected to do,” he adds.

“Security is enhanced by the regulators frequently moving the goal posts to reduce the percentage of those who slip through the net. Indeed, at least once a year we’ve seen significant regulatory change that the whole industry has had to adapt to.”