Emirates has kick-started its plans to upgrade the entire interior cabins of 120 Airbus A380 and Boeing 777 aircraft – two of the largest commercial aircraft types in service today.

This ambitious project, representing a multi-billion dollar investment to ensure Emirates’ customers “fly better” for the coming years, officially commences in November and is managed entirely by Emirates’ Engineering team.

The target is to completely retrofit four Emirates aircraft from start to finish every month, continuously for over 2 years. Once the 67 earmarked A380s are refreshed and back in service, 53 777s will undergo their facelift. This will see nearly 4,000 brand new Premium Economy seats installed, 728 First Class suites refurbished and over 5,000 Business Class seats upgraded to a new style and design when the project is complete in April 2025.

In addition, carpets and stairs will be upgraded, and cabin interior panels refreshed with new tones and design motifs including the iconic ghaf trees which are native to the UAE. 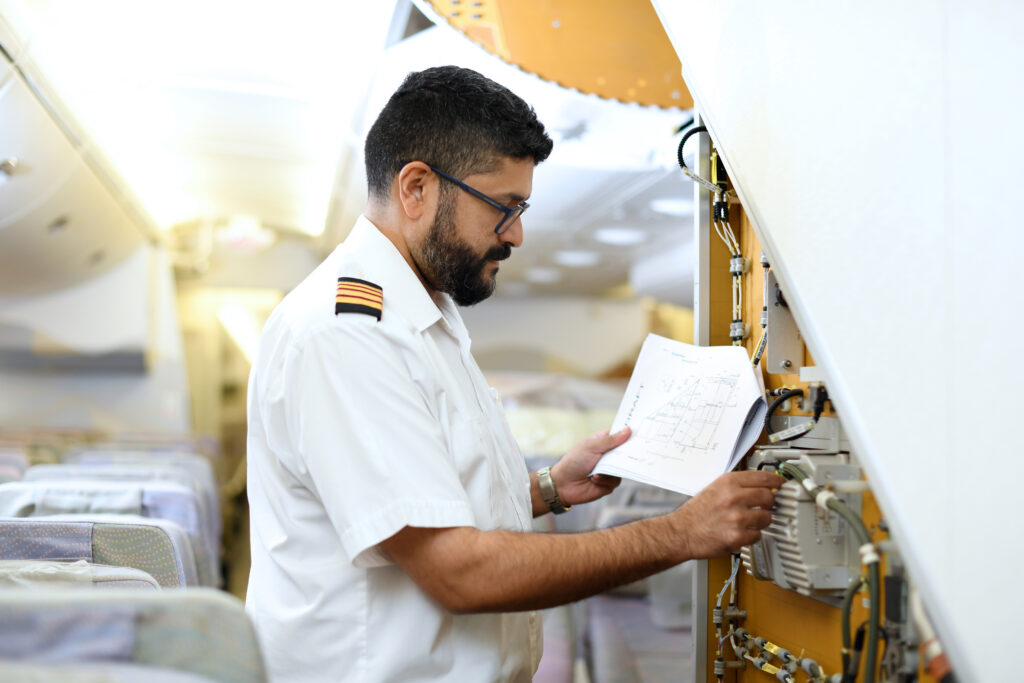 No other airline has handled a retrofit of this magnitude in-house, and there’s no blueprint for such an undertaking. Therefore Emirates Engineering teams have been planning and testing extensively, to establish and streamline processes, and identify and address any possible snags.

Trials began on an A380 in July, where experienced engineers literally took each cabin apart piece-by-piece and logged every step. From removing seats and panelling to bolts and screws, every action was tested, timed and mapped out. Potential impediments to completing the installation of Emirates’ new Premium Economy Class or the retrofit of the remaining three cabins in just 16 days were flagged and documented for expert teams to review and address. 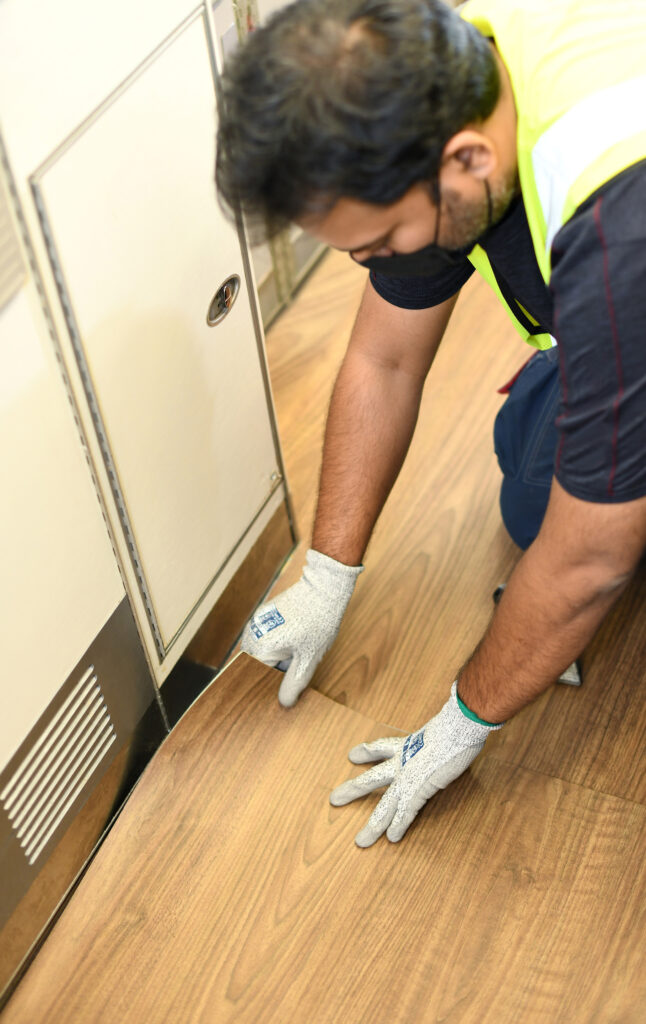 As part of the programme, new purpose-built workshops will be set up at Emirates Engineering to repaint, re-trim and re-upholster Business and Economy Class seats with new covers and cushioning. First Class suites will be carefully disassembled and sent to a specialised company to replace the leather, arm rests and other materials. 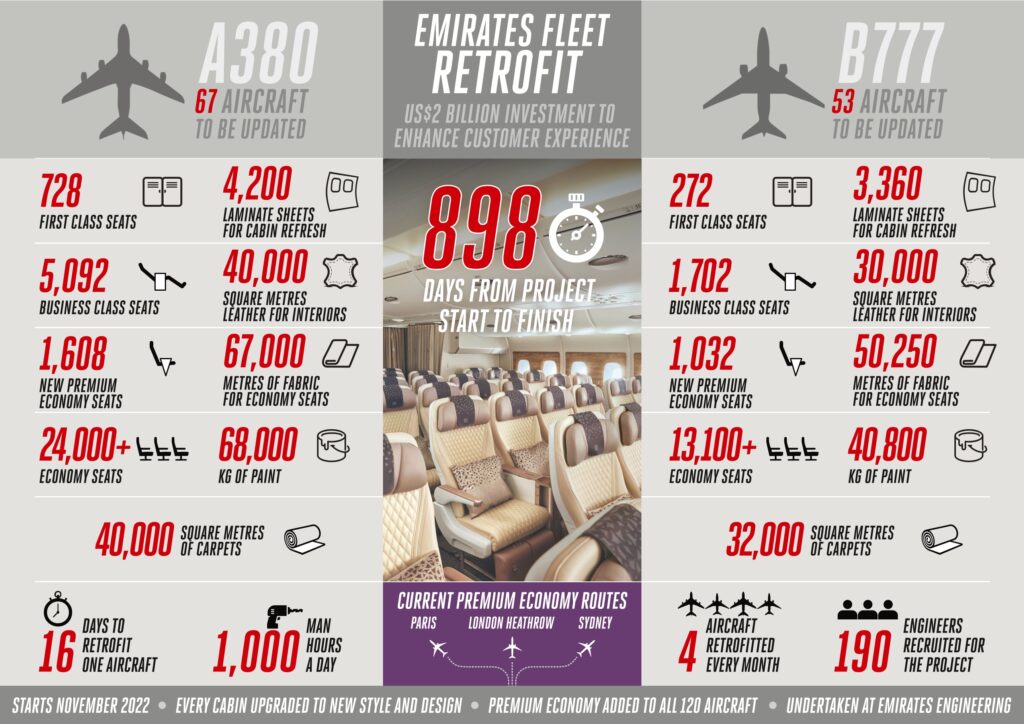 From the trials, Engineers discovered several unexpected solutions for instance: that existing food catering trucks could be easily repurposed to move parts destined for refurbishment from the aircraft to the workshop for their refresh, as these vehicles had doors of the right width and offer sufficient space.

Until the retrofit programme starts in earnest in November, a cross-disciplinary team has been assembled to regularly review the planning process, address any issues, and track updates on various aspects of the project such as procurement, staffing, and training.

Emirates’ new Premium Economy cabin class, which offers luxurious seats, more legroom, and a service to rival many airlines’ business offering, is currently available to Emirates customers travelling on popular A380 routes to London, Paris, Sydney. More customers will be able to experience the airline’s new Premium Economy cabins starting from year end, as the retrofit programme picks up momentum.

The Emirates story started in 1985 when we launched operations with just two aircraft. Today, we fly the world’s biggest fleets of Airbus A380s and Boeing 777s, offering our customers the comforts of the latest and most efficient wide-body aircraft in the skies.

We inspire travelers around the world with our growing network of worldwide destinations, industry leading inflight entertainment, regionally inspired cuisine, and world-class service.

All images credited to Emirates