Boom Supersonic, the company building the world’s fastest airliner, optimized for speed, safety, and sustainability, today presented the refined design of Overture and also announced a new partnering agreement with Northrop Grumman to develop special mission variants of the aircraft.

Carrying 65–80 passengers at twice the speed of today’s airliners and running on 100% sustainable aviation fuel (SAF), Overture will fly Mach 1.7 over water with a range of 4,250 nautical miles.

Today’s Overture reveal at the Farnborough International Airshow is the culmination of 26 million core-hours of simulated software designs, five wind tunnel tests, and the careful evaluation of 51 full design iterations, resulting in an economically and environmentally sustainable supersonic airliner.

“Aviation has not seen a giant leap in decades. Overture is revolutionary in its design, and it will fundamentally change how we think about distance,” said Boom Founder and CEO Blake Scholl. “With more than 600 routes across the globe, Overture will make the world dramatically more accessible for tens of millions of passengers.”

With this updated configuration, Boom combines a number of engineering innovations in aerodynamics, noise reduction, and overall performance. 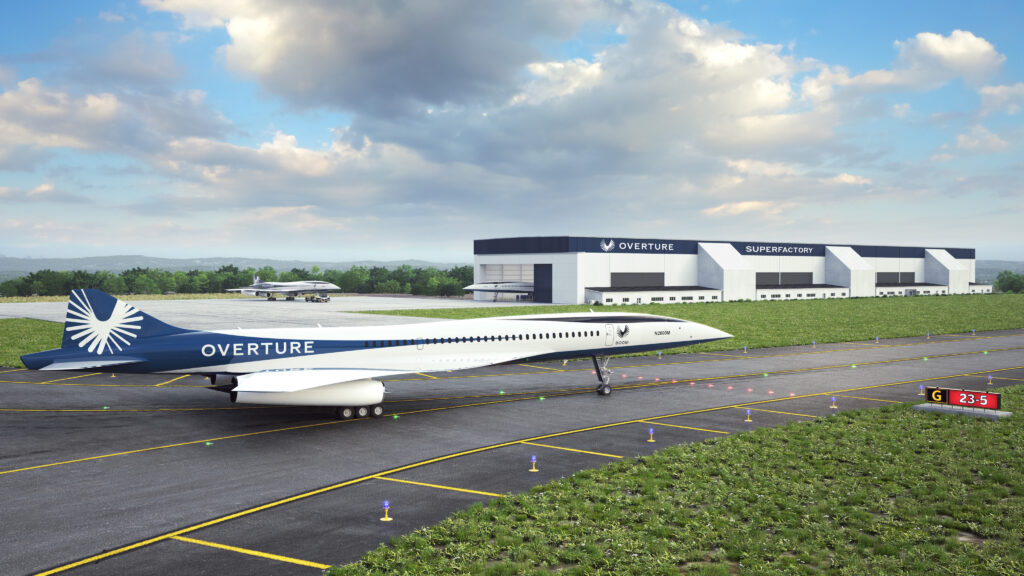 Four-engine design: Overture will be powered by four powerful, wing-mounted engines that enable the airliner to cruise at Mach 1.7 over water and just under Mach 1 over land. Additionally, the four-engine design reduces noise while also decreasing costs for airline operators. Engine placement was selected to conform to the strictest passenger safety requirements.

Quieter operation: On take-off, Overture will use the world’s first automated noise reduction system. The airliner will fly without afterburners, meeting the same strict regulatory noise levels as the latest subsonic airplanes. These noise reduction efforts will deliver a quieter experience both for passengers and airport communities. 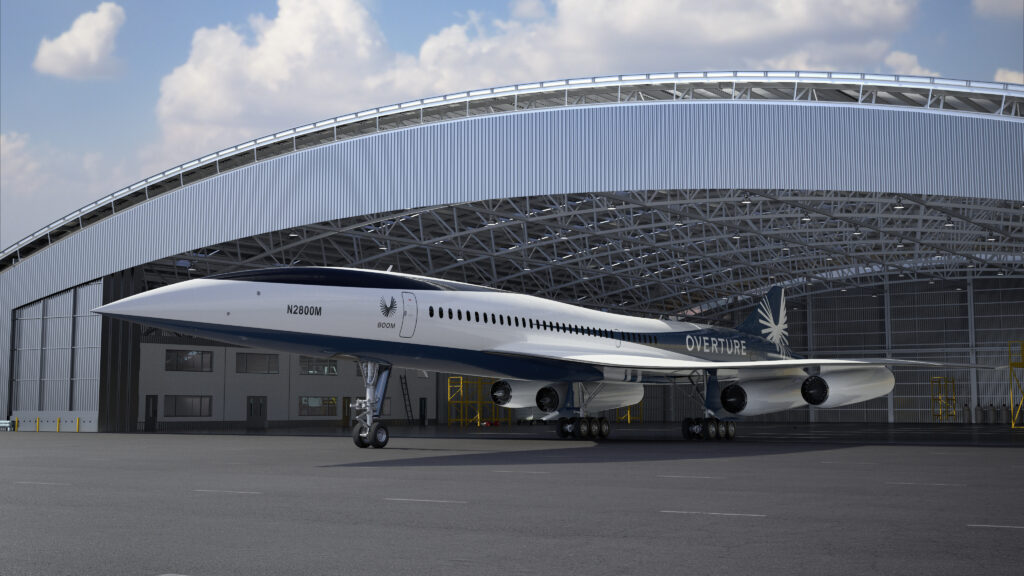 Gull wings: The aircraft’s wings are sculpted to enhance supersonic performance as well as improve subsonic and transonic handling. Importantly, the wing shaping also helps ensure safety and stability at any speed.

Carbon composite construction: Overture will incorporate carbon composite materials into the majority of the build that are lighter, stronger, and more thermally stable than traditional metal construction. Carbon composites can also be manufactured with highly complex curvature, contributing to the aircraft’s aerodynamic efficiency.

Net zero carbon: Overture has been developed from the beginning to be net zero carbon, flying on 100% SAF. Sustainability is woven into all aspects of Overture, from design and production to flight and end-of-life recycling.

Additionally, the company announced today that it will begin outfitting The Iron Bird, a new 70,000-square-foot hardware ground test facility in Centennial, Colorado to house its first full-scale Overture testing model and flight deck simulators. The test model, also called an iron bird, will be used for integrating Overture’s flight hardware, software, and systems. Earlier this year, Boom announced its selection of the Piedmont Triad area for its first Overture Superfactory and remains on track to begin production in 2024. 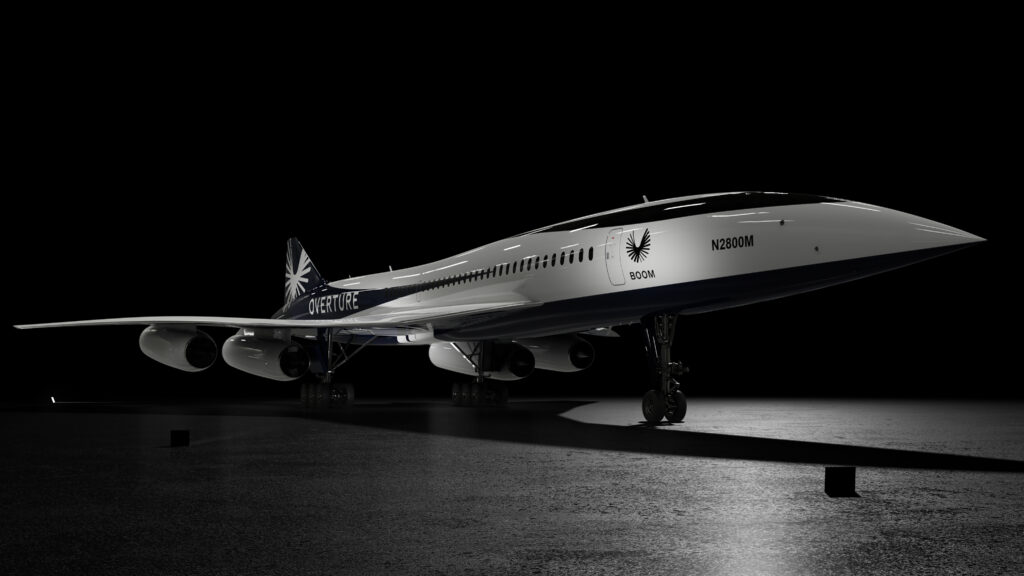 Today at The Farnborough Airshow, Boom Supersonic also announced a landmark partnering agreement with Northrop Grumman to develop special mission variants for the U.S. Government and its allies.

“Time is a strategic advantage in high consequence scenarios, from emergency evacuations to disaster response,” said Scholl. “This collaboration between Boom and Northrop Grumman unlocks the potential for Overture to provide the US and our allies with an unmatched high speed capability when and where it’s most needed.”

Together, the two companies will pursue new use cases for Overture to support government and military operations that require rapid response, including quick-reaction surveillance and reconnaissance, command and control, as well as mobility and logistics missions such as emergency medical and troop transport.

As it continues to build the supply chain for Overture, Boom announced new and expanded relationships. Collins Aerospace, Eaton, and Safran Landing Systems are joining the Overture program, supplying key systems such as landing gear, fuel and inerting, avionics, and ice protection.

Supersonic Boom Supersonic is transforming air travel with Overture, the fastest airliner, optimized for speed, safety, and sustainability. Carrying 65–80 passengers, Overture will fly at twice the speed of today’s airliners and will run on 100% sustainable aviation fuel (SAF). Overture’s commercial order book, including purchases and options from United Airlines and Japan Airlines, stands at 70 aircraft. Boom is also working with the U.S. Air Force and Northrop Grumman for military and defense applications of Overture. Suppliers collaborating with Boom on the Overture program include Collins Aerospace, Eaton, Safran Landing Systems, and Rolls-Royce.

All images credited to Boom