Bob Epting says he rediscovers the joy of flight every time he takes a child flying. An attorney with a specialized practice in environmental law, Epting wanted to be a pilot for as long as he could remember. “I started flying in my 30s, when I realized the airport, only a mile from my office, offered perfect respite, on an almost daily basis, from the stresses of law practice.

“I learned to fly, then to use the airplane to see the world in ways others could not, from monitoring and chronicling environmental disasters, to charity flights for local children’s programs, to becoming part of the healing done by the Jaycee Burn Center Clinic at the University of North Carolina Hospital.”

For more than 25 years, Phillips 66 has sponsored the Experimental Aircraft Association (EAA) Young Eagles program, enabling pilots to introduce children aged eight to 17 to aviation, through a free flight.

In excess of 2 million children have been flown. And Epting’s Young Eagles tally makes him the fourth most prolific of 55,000 global volunteers, earning him the 2019 Phillips 66 Aviation EAA Young Eagles Leadership Award.

He’s honored by the recognition, but his motivation runs deeper. Epting became involved during the early 1990s, after stopping off for fuel. Members of a Boy Scout troop were receiving free flights and he quickly joined in.

“I enjoyed it, flew quite a few, and was filled with pride whenever the young person jumped off the wing at the end of a flight and shouted to his mom: “I flew the plane, I flew the plane.” She’d say: “You did not! You can’t fly a plane.” He would respond: “Yes, I did! Yes, I can!” That became my motto.” 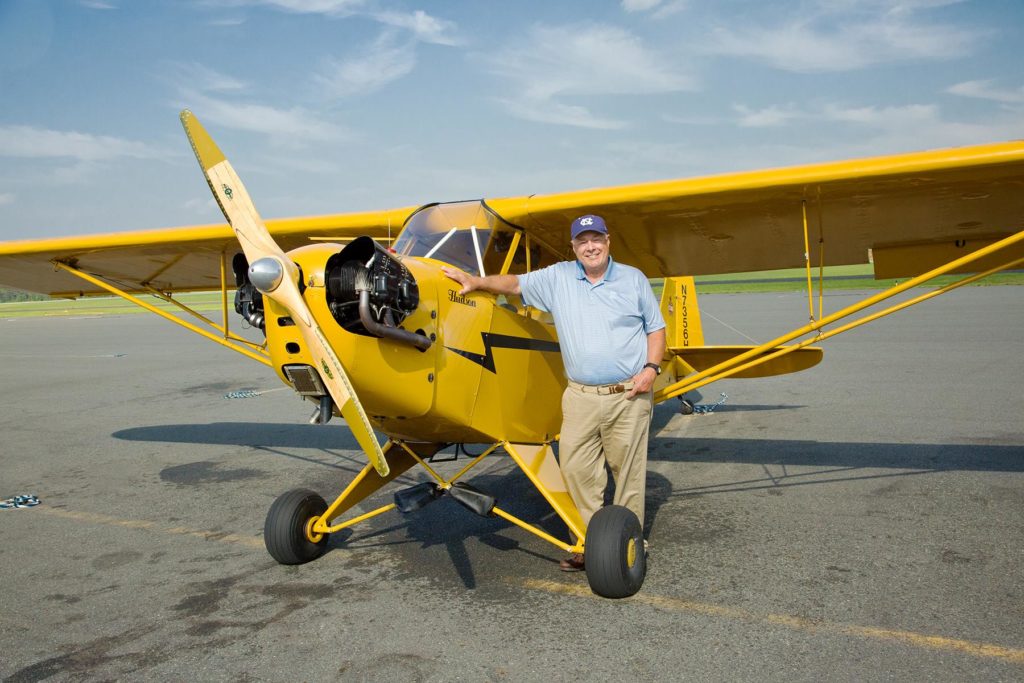 Epting says the children see the world from a larger perspective and, having done something they couldn’t do two hours earlier, awaken a new view of hope and opportunity, opening a door into the rest of their lives. It’s heady stuff, but not without basis.

“That belief kindles hope and, according to our doctors, forms the psychological basis for all healing. Without it, recovery from traumatic injury, especially burns, is so much more difficult,” he says.

Every child has the opportunity to take control. “I tell them the control wheel works pretty much like the handlebars on their bike, only with the grips turned up. They take the wheel, feel it as something familiar, turn it. Their feet are on the rudder pedals, not unlike the bike pedals. They feel the way the plane rolls into a turn and five minutes later, having discovered they can pull the plane’s nose ‘up’ by pulling back on the wheel, or push it ‘down’, they’re flying.” 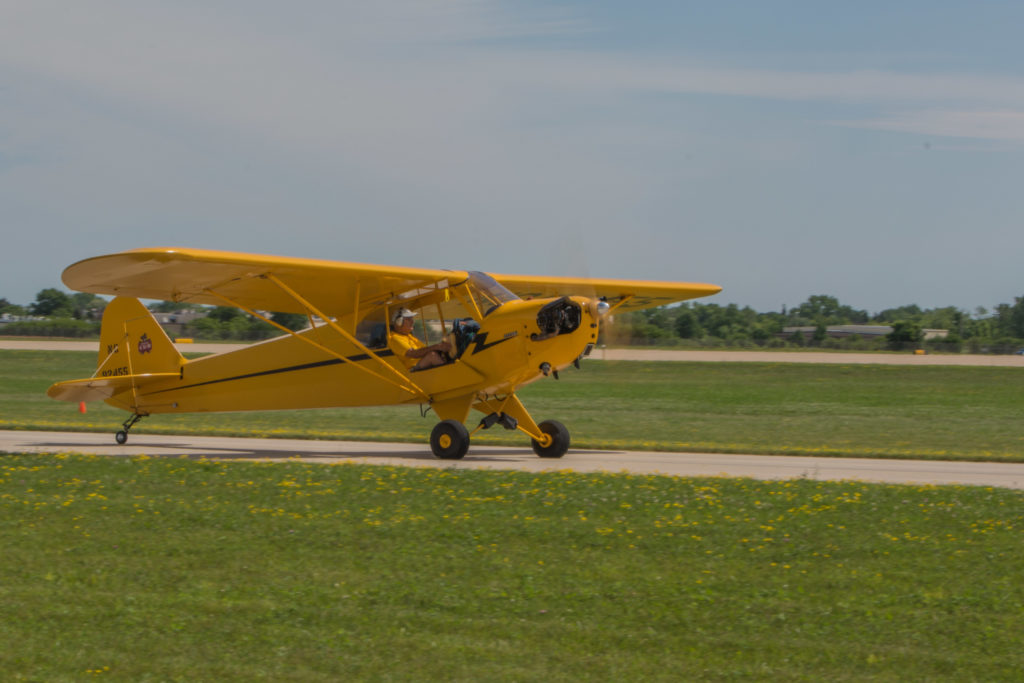 Of his two Cubs, N92455 was awarded the Gold Lindbergh Trophy at Oshkosh in 2015. Epting performs much of his Young Eagles flying in the Cubs. Image: Bob Epting

Even after flying more 3,150 children, Epting reckons he rediscovers the joy of flight on every trip. He seems to gain as much as his ‘co-pilots’, but there’s a tough side to the work.

“I flew a very young girl, badly burned in a terrible incident of domestic violence. A firefighter brought her to my plane and lifted her into the co-pilot’s seat, then got in the back. She was shiny with a lotion applied to protect her skin from the sun; her eyes, nose, mouth and ears had been replaced by swirls of recovered flesh, through which holes for seeing, breathing, eating and hearing had been made.

“Her hands had had to be amputated, just above the wrists. She did not speak at all. I didn’t know whether she could hear or understand as I explained how the wheel was like her bike’s handlebars.”

Epting continues, “With the fireman leaning forward to keep her upright, I noticed about a half mile out that she seemed to be hyperventilating. I turned to land but, as the wing lowered, out of the corner of my eye I saw her left arm, then her right, rise up and rest on the control wheel. I felt a slight additional pressure to the left, then the right, then back again to the left.

“The ‘hyperventilation’ was excitement. Under the disfigurement was a little girl who wanted just as badly as any of the others not to be left out, to go on with her life. The other children flew the plane. She could fly the plane. For a few seconds, as we turned onto final, I took my hands off the wheel so she could feel herself finishing the turn and straightening the plane. She did not have to speak, and I did not have to hear. We had just changed her life.” 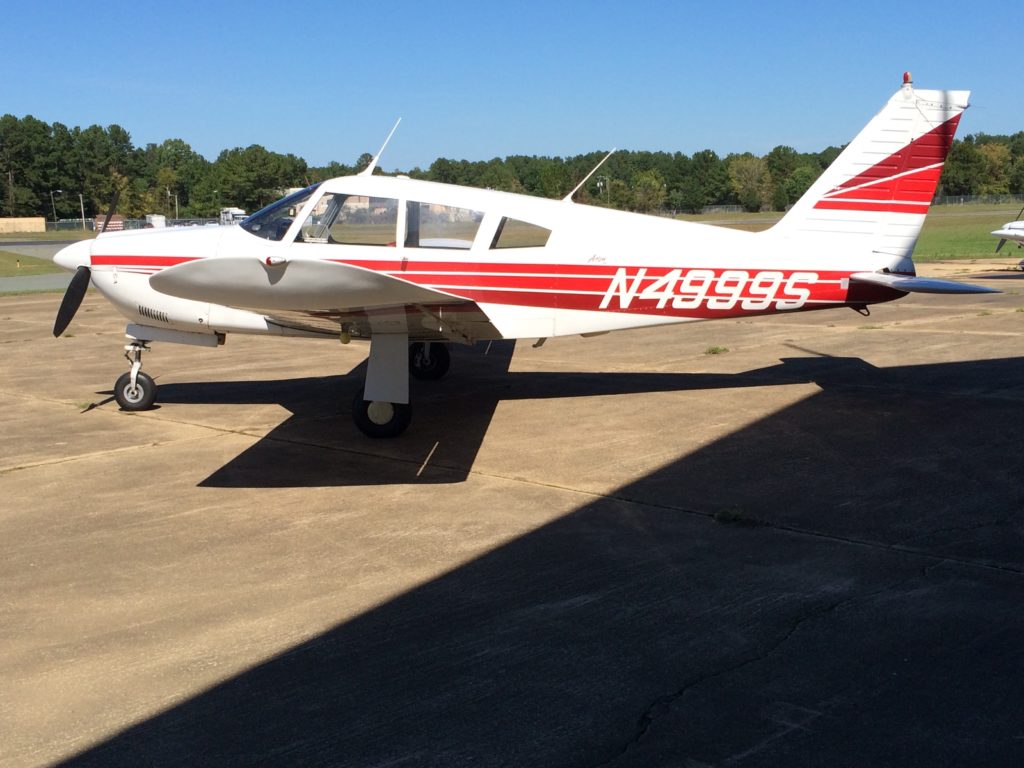