Air Canada today announced the first two new routes to be operated with the Airbus A220-300, the only non-stop service between Montreal and Seattle and between Toronto and San Jose, California, both beginning in spring 2020. As well, the carrier also provided a first look at the interior features of its newest aircraft, which will offer customers a choice of Business and Economy Class service, its newest in-flight entertainment system, onboard Wi-Fi and more.

Special introductory fares from Montreal to Seattle start as low as $315 CDN one-way, all in, and fares from Toronto to San Jose starts as low $297 CDN one-way, all in. Tickets are now available for purchase at aircanada.com or through travel agents until August 28 for travel between May 4 and July 31, 2020.

“This aircraft is a game changer for Air Canada as there is simply no rival in this category. The A220 will further strengthen our position on transborder and transcontinental markets and be instrumental in our continued growth. Our customers will benefit from innovative design features in a spacious and comfortable cabin. When connecting through our hubs across Canada onward to international destinations, customers travelling on an A220 will benefit from a virtually seamless cabin experience offering the same level of service and comforts as on a widebody aircraft,” said Mark Galardo, Vice President of Network Planning at Air Canada. “The two routes announced today are the first of many future possibilities as the A220 will allow us to further develop our North American network, offering customers new routes and more robust year-round schedules.

“With these two new non-stop routes, Air Canada is deepening its transborder network. This includes strengthening our position in the Seattle market by providing yet another key link for business and leisure travellers with service from Montreal, complementing our existing non-stop service there from Toronto and Vancouver. And with our new Toronto-San Jose route, we are increasing our presence in the Bay Area, adding to our many flights into San Francisco in addition to our existing service to San Jose from Vancouver. Customers from Canada now have another gateway to the Bay Area and Silicon Valley,” said Mr. Galardo. 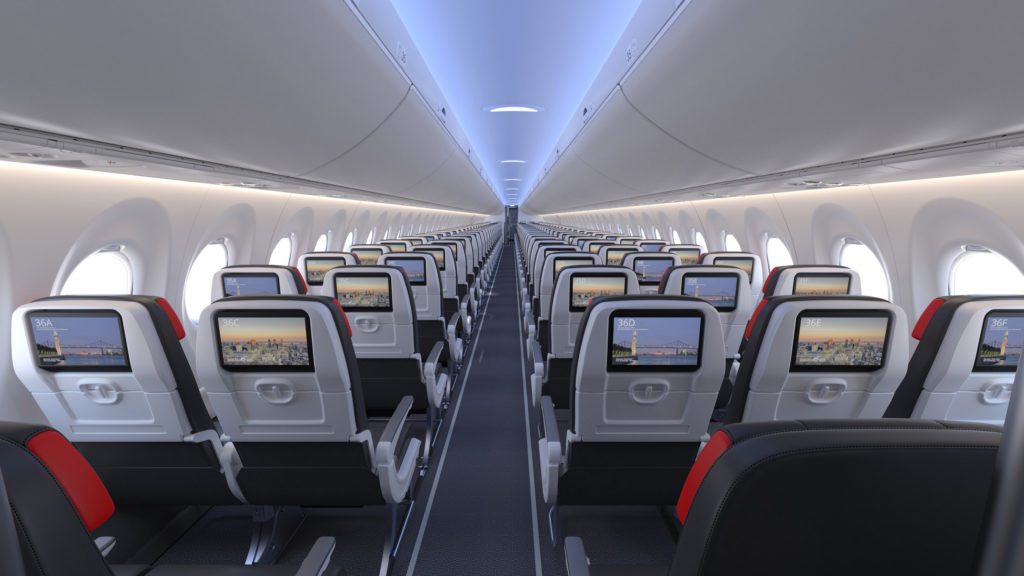 Air Canada’s two-class cabin on the A220 will have a total of 137 seats: 12 in a 2×2 configuration in Business Class and 125 in a 3×2 layout for Economy passengers. Every seat on the A220 features a Panasonic eX1 in-flight entertainment system with content available in 15 languages and featuring more than 1,000 hours of high-quality entertainment, including access to Bell Media’s premium entertainment service, Crave, and Canadian-based multi-platform audio service, Stingray. Image: CNW Group/Air Canada

Flights are timed to provide connectivity in Montreal to and from Europe and North Africa including Casablanca, Paris, Nice, Lyon, Algiers, London, Frankfurt, Geneva, Rome, Dublin and more.

The only year-round, daily service to San Jose from Toronto starts May 4, 2020, complementing existing services from Vancouver to San Jose.

Flights are timed so customers can connect through Toronto on Air Canada’s wide-ranging domestic network, allowing easy connections to another Silicon Valley city. 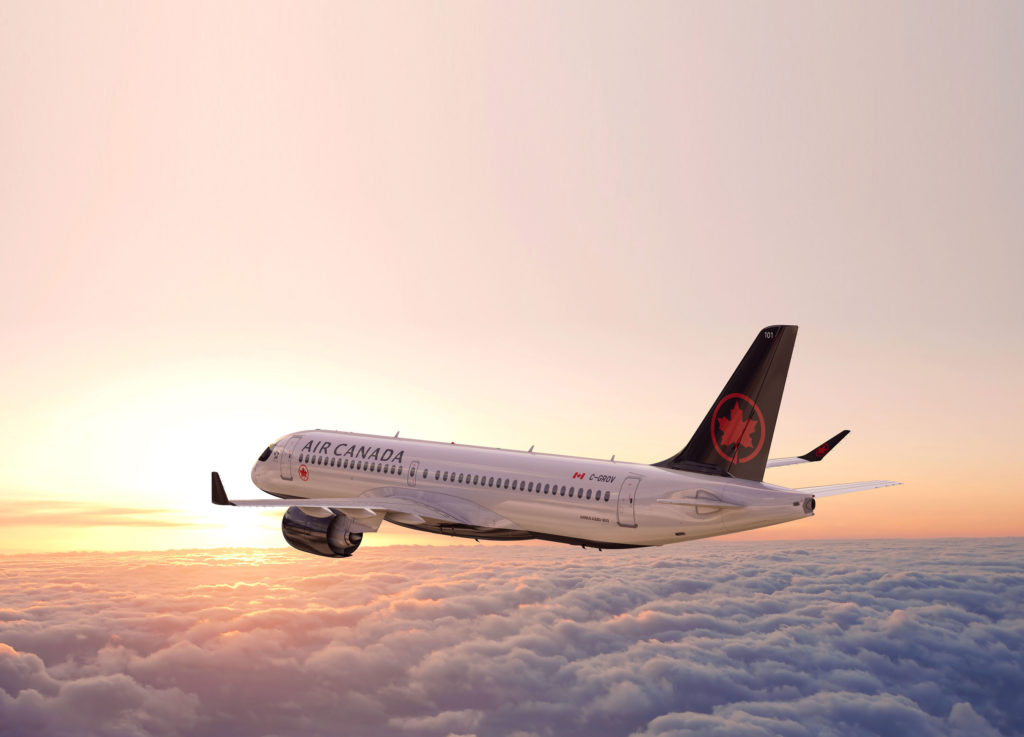 Air Canada announced the first two new routes to be operated with the Airbus A220-300, the only non-stop service between Montreal and Seattle and Toronto and San Jose, California, beginning in spring 2020. (CNW Group/Air Canada)

Air Canada’s first Airbus A220-300, built at Airbus Canada’s Mirabel facility employing 2,500 people, is scheduled to be delivered later this year. Each A220 includes parts from 30 Canadian suppliers.

Air Canada will be the first North American carrier to operate the larger A220-300 version of the aircraft, which has a range of 3,200 nautical miles.

To be initially deployed from Montreal and Toronto on existing Canadian and transborder routes such as to Ottawa, Winnipeg, Calgary, Edmonton and New York – La Guardia, the A220-300 will open new markets such as the Montreal-Seattle and Toronto-San Jose flights announced today.

The two-class cabin will have a total of 137 seats: 12 in a 2×2 configuration in Business Class and 125 in a 3×2 layout for Economy passengers. Customers will have more personal space thanks to the widest economy seats in the fleet, and the largest overhead stowage bins for an aircraft this size.

Additional features include larger windows and full-colour LED ambient and customizable mood lighting that contribute to reducing fatigue while travelling. The high ceilings, extra shoulder room and storage make this an unparalleled interior in the narrow-body segment.

Every seat on the A220 features a Panasonic eX1 in-flight entertainment system with content available in 15 languages and featuring more than 1,000 hours of high-quality entertainment, including access to Bell Media’s premium entertainment service, Crave, and Canadian-based multi-platform audio service, Stingray.

The A220 will come equipped with satellite based high speed connectivity for Wi-Fi access with USB A, USB C, and AC power available to every passenger.

The A220 will also further Air Canada’s environmental commitment, with the innovative Pratt & Whitney PurePower PW1500G geared turbofan engines projected to yield a 20 per cent reduction in fuel consumption per seat and NOx emissions 50 per cent below CAEP/6 standards. The A220 is also the quietest aircraft in its category thanks to its new technologies.

Air Canada is Canada’s largest domestic and international airline serving nearly 220 airports on six continents. Canada’s flag carrier is among the 20 largest airlines in the world and in 2018 served nearly 51 million customers. Air Canada provides scheduled passenger service directly to 62 airports in Canada, 54 in the United States and 100 in Europe, the Middle East, Africa, Asia, Australia, the Caribbean, Mexico, Central America and South America. Air Canada is a founding member of Star Alliance, the world’s most comprehensive air transportation network serving 1,317 airports in 193 countries. Air Canada is the only international network carrier in North America to receive a Four-Star ranking according to independent U.K. research firm Skytrax, which also named Air Canada the 2019 Best Airline in North America.