The FAA has published its 20-year Aerospace Forecast for fiscal years 2019-2039, predicting steady growth in commercial aviation, despite economic softening in certain global markets. For air traffic control infrastructure in the US, this growth will pose a challenge especially in cities that are already congested.

It also predicts airlines will keep high passenger load factors, peaking at around 86.6%. 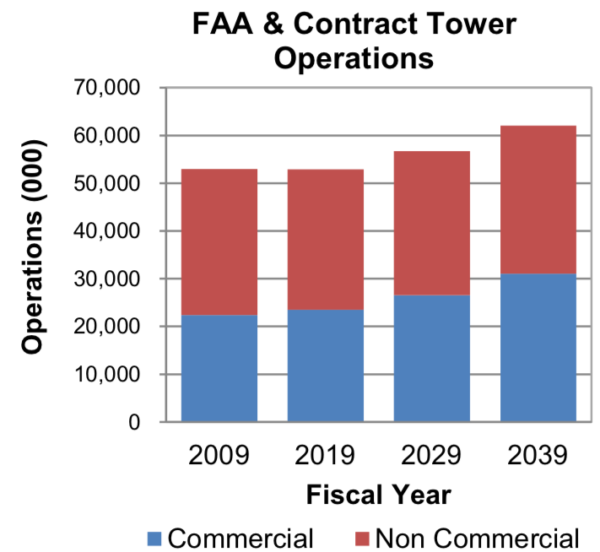 Demand at towered airports will vary, with a concentration of flying through the country’s 30 large hubs and 31 medium hub airports; these primarily serve commercial flights and account for the most passengers (88% in 2018).

Weather disruptions and seasonal disruptions will continue to trouble a larger number of passengers as high demand routes remain unchanged.

“Among the 30 large hubs, the airports with the fastest annual growth forecast are those located along the coastal sections of the country where most large cities are located,” the FAA states. “Large cities have historically shown to generate robust economic activity, which in turn drives up the airline demand. On the other hand, the airports forecast to have slower annual growth tend to be located in the middle of the country.”

The FAA also expects En-Route Centers will handle a greater number of Instrument Flight Rules (IFR) aircraft, increasing from an estimated 26,692 aircraft handled in 2018 to 41,097 in 2039.

Commercial space flights will also put a strain on US ATC infrastructure over the next 20 years.

The FAA takes what it describes as a “conservative” approach to commercial space activity forecasts, rather than rely on what the agency calls “an inherent bias by industry to be optimistic about their business prospects.” Even with a cautious forecast, the FAA expects significantly higher launch activities ahead, and is planning for those.

“This includes an increased presence at the Air Traffic Control System Command Center and other locations to assist in the strategic and tactical planning of launch and reentry operations, as well as to provide support during these operations,” the FAA states. 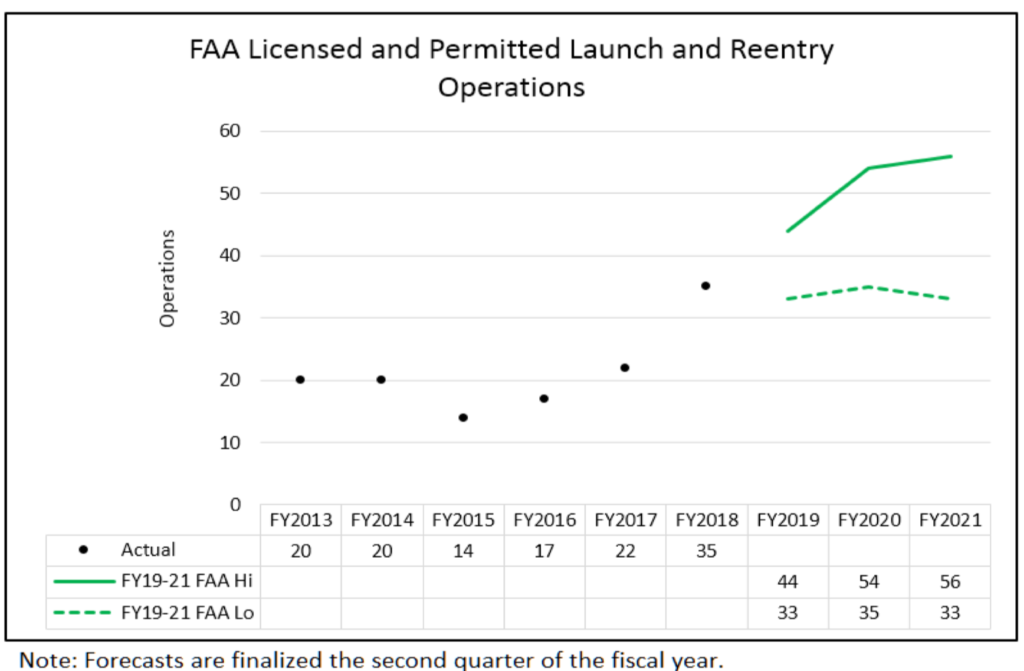 Press Statement: Boeing assures all MAX will have activated alert