OneWeb, a global communications company with a mission to bring connectivity to everyone, everywhere, today announced that it will take FIRST® (For Inspiration and Recognition of Science and Technology), an international, youth-serving, nonprofit organization founded by inventor Dean Kamen, into orbit on February 26th.

OneWeb is on the cusp of bringing about a new era of space, launching the world’s first Low Earth Orbit global broadband satellite constellation that will provide connectivity for everyone, everywhere.

On February 26th at 9:37pm GMT, OneWeb will begin its 21-rocket launch campaign to build the world’s largest space network, launching its first 6 satellites on the Europeanized Soyuz rocket from the European Space Port in Kourou, French Guiana.

OneWeb was founded by Greg Wyler in 2012, with plans to build a global communications system to bridge the digital divide and provide connectivity to billions of people around the globe. In honor of both organizations’ shared vision to increase access to education, science, and technology, OneWeb has branded its rocket with the FIRST logo. The launch also celebrates the nonprofit’s FIRST LAUNCH season, which introduces a new curriculum that encourages space innovation. On the ground, OneWeb team members will continue to volunteer as mentors supporting various FIRST organizations.

“For over 30 years, FIRST has inspired millions of kids to reach for the stars. Now, OneWeb is taking us there,” said Kamen, president of DEKA Research & Development. “Our programs are designed to inspire the next generation of innovators, technology leaders, and changemakers. Making FIRST accessible to all kids, everywhere, is the backbone of our mission – which is why I’m thrilled a company like OneWeb is committed to bringing the internet to unconnected classrooms around the world.”

“We are all big fans of FIRST. This year, the organization is inspiring more than 600,000 students in over 100 countries to dive in, dream big and build complex technologies”, said Greg Wyler, Chairman and Founder of OneWeb, “at OneWeb, we’re bridging the digital divide which will help FIRST provide even more young people with its life-changing programs. With this year’s theme being ‘space’ we hope to deliver just a bit more inspiration as we propel FIRST into orbit.” 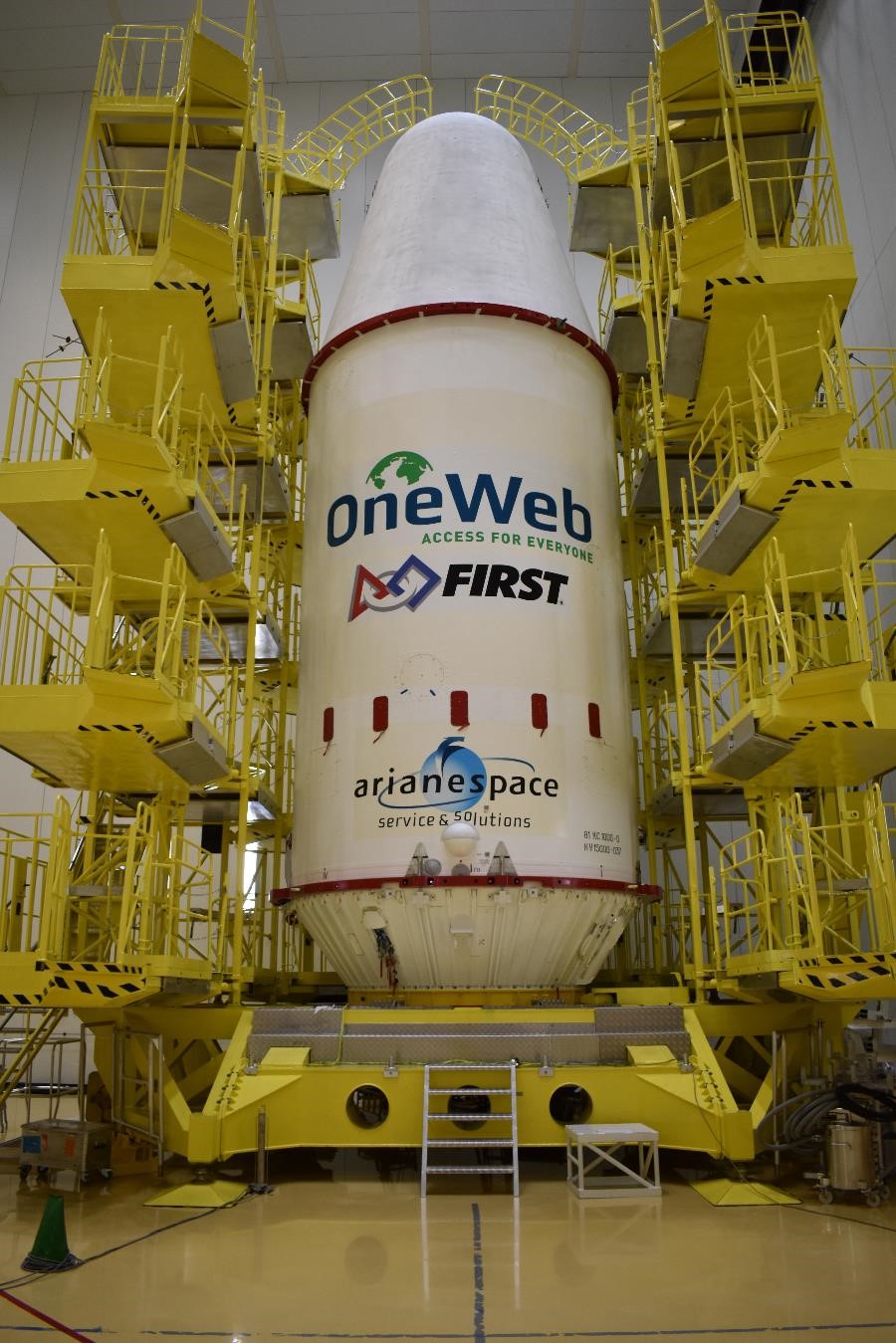 The OneWeb satellite launch can be viewed live at www.oneweb.world, beginning February 26th at 9:15PM GMT. The live event will include detailed information on the satellite and launch progress as well information on OneWeb’s first commitment to connect several unconnected schools.

OneWeb’s mission is to enable Internet access for everyone, everywhere. OneWeb is building a communications network with a constellation of Low Earth Orbit satellites that will provide connectivity to billions of people around the world. OneWeb is creating business solutions for Broadband, Government and Cellular Backhaul. It’s high speed, low latency, pole-to-pole network will also offer game-changing mobility solutions to a wide range of industries.

Accomplished inventor Dean Kamen founded FIRST® (For Inspiration and Recognition of Science and Technology) in 1989 to inspire an appreciation of science and technology in young people. Based in Manchester, N.H., FIRST designs accessible, innovative programs to build self-confidence, knowledge, and life skills while motivating young people to pursue opportunities in science, technology, and engineering. With support from over 200 of the Fortune 500 companies and more than $80 million in college scholarships, the not-for-profit organization hosts the FIRST® Robotics Competition for students in Grades 9-12; FIRST® Tech Challenge for Grades 7-12; FIRST®LEGO® League for Grades 4-8; and FIRST® LEGO® League Jr. for Grades K-4. Gracious Professionalism® is a way of doing things that encourages high-quality work, emphasizes the value of others, and respects individuals and the community.

In Conversation: Goodbye to the A380 and hello to airplane meals