Legend has it that on taking delivery of his first F-4 Phantom, a senior officer enquired whether the jet might have been built upside down. One might easily wonder the same of the Avanti twin-turboprop – might manufacturer Piaggio have put it together in reverse?

No. Its spectacularly unusual configuration results from sound aerodynamic thinking and a significant dollop of Italian design flair. The Avanti is often described as the ‘Ferrari of the air’ or ‘Ferrari of the skies‘. Its fixed forward wing offloads the tailplane, enabling a smaller empennage for reduced structural weight and improved cruise efficiency. It also ensures that if a stall is approached, the nose, rather than a main wing, always drops first, for a potential improvement in flight safety. 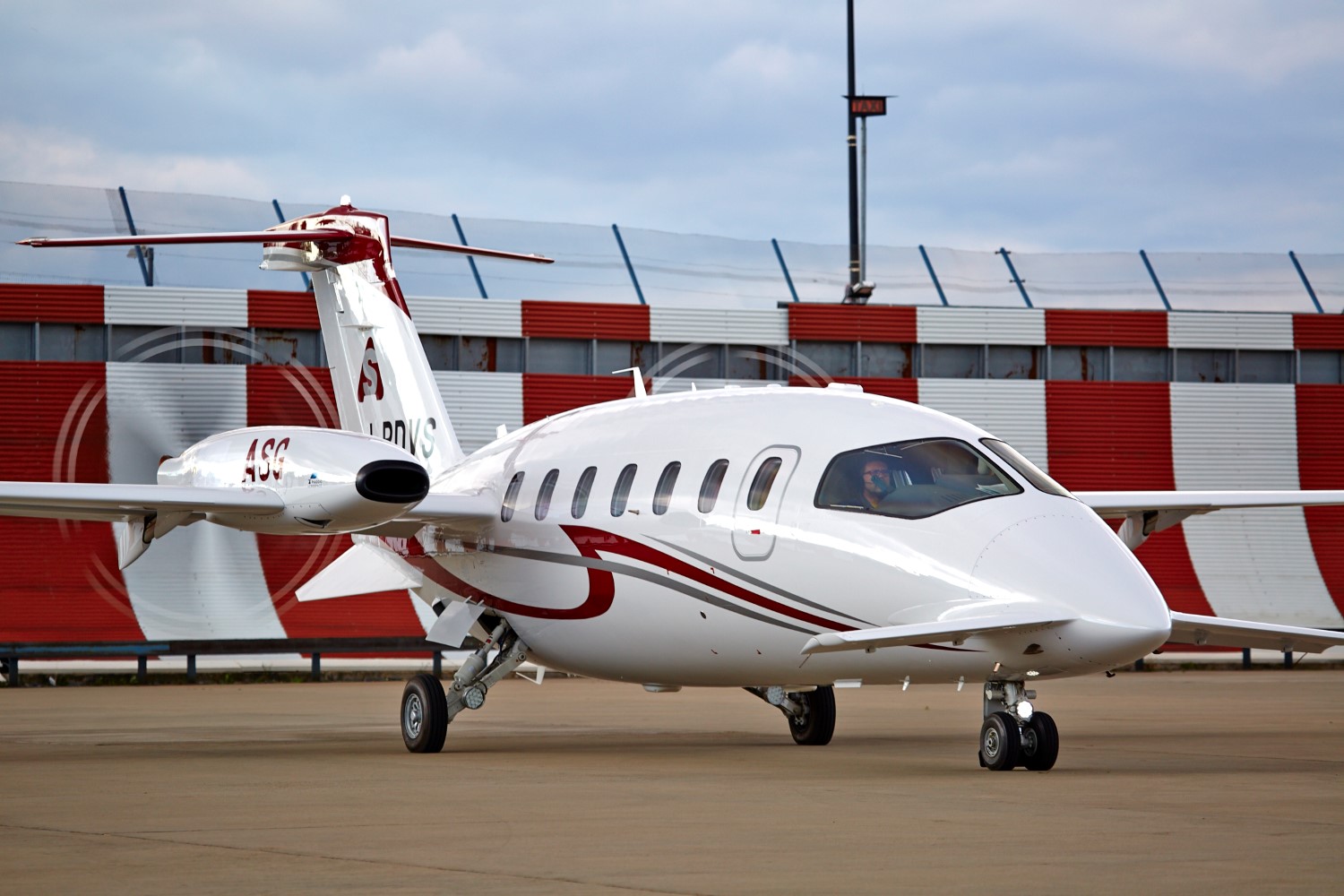 On the ramp the Avanti guarantees a unique presence. Image: Paul Cordwell/ConnectJets

Now the Avanti EVO – a new business version of the twin-turboprop – is available through the UK’s ConnectJets, which is offering it under an exclusive agency agreement and for charter. ConnectJets founder and managing director Gabriella Somerville says local customers are beginning to realise the benefits of the unusual turboprop’s large cabin and high-speed, efficient performance.

“Compared to the Avanti II,” she says, the EVO has “retained all the core values, while reducing external noise by 68dB. New wingtips, five-bladed scimitar propellers and other features contribute to greater fuel efficiency and improved eco credentials. Its additional range has broadened the EVO’s market – for a European aircraft it fits perfectly within the standard requirement for a flight of 1.5 to 3 hours.” 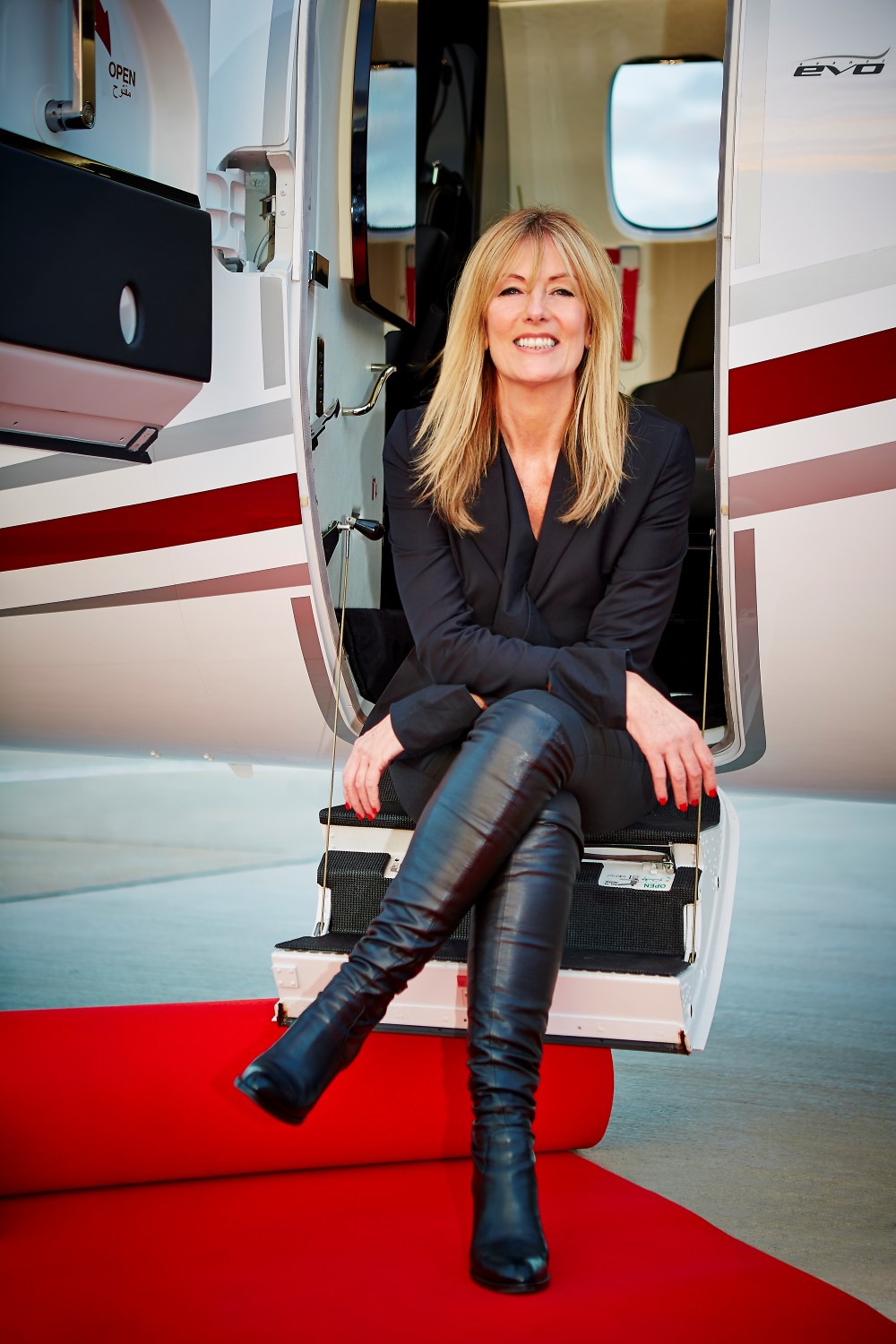 Aerospace is a naturally conservative industry where looking or being different isn’t always a key to success. Despite its advanced aerodynamics, proven PT6 powerplant and impressive performance – it’s the fastest twin-turboprop ever built – the Avanti has perhaps failed to attract its fair share of the market, suggest some observers.

“The EVO has a definitive look and stands out on the tarmac for all the right reasons. I think the aircraft has lacked the visibility it’s due in certain markets, but once passengers step inside they’re immediately converted. The cabin space provides the ultimate environment for the jet passenger, combined with a whisper-quiet ride and speeds up to 402kt,” says Somerville.

“Customers love the EVO, primarily for its spacious, quiet interior, environmental performance and lower operating costs compared to a jet of similar capacity. In fact the cabin is among the largest in its class, with a 5ft 9in height and width of more than 6ft. The seats are by Iacobucci HF, and all the cabin materials are crafted by the iconic Italian leatherware specialist Poltrana Frau. There is a choice of four configurations and Wi-Fi can be integrated onto the aircraft.”

ConnectJets’ own data show the average operating cost of a Biggin Hill-Paris-Biggin Hill EVO trip as just a little more expensive than for the smaller, four-seat Citation Mustang and considerably less than for the Citation XL, which matches the EVO’s seating capacity, but in a smaller cabin. Over short routes the EVO’s rapid cruise largely negates the higher speed capabilities of the jets, while its fuel efficiency delivers economical and environmental benefits. 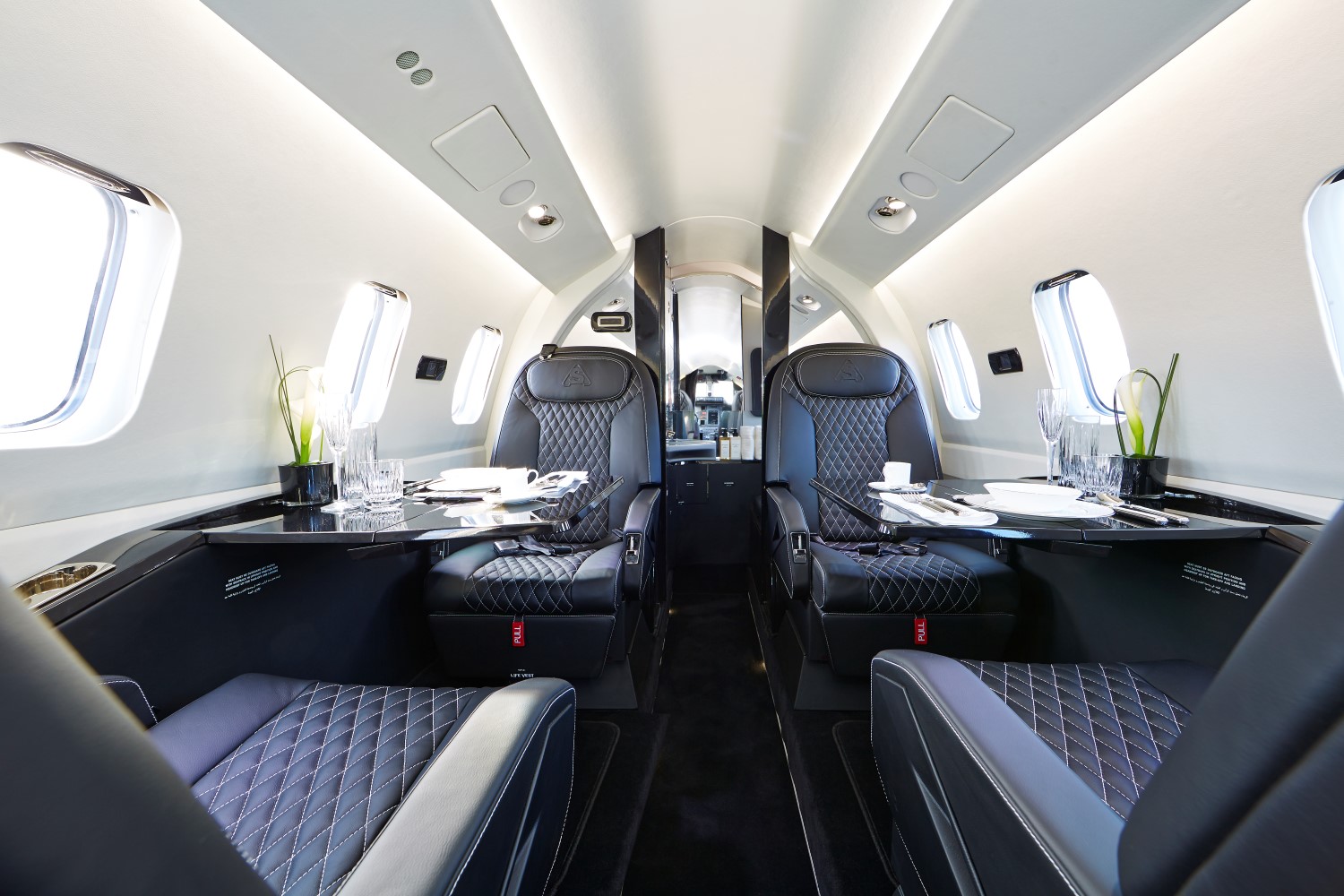 A variety of options is available for the EVO’s spacious eight-seat cabin. Image: Paul Cordwell/ConnectJets

Setting aside comfort and efficiency, Somerville notes other important operational characteristics. “The EVO is an extremely versatile aircraft and has remarkable airfield performance that brings runways shorter than 1,000m into scope. Its steep approach and climb certification open up new airfields and options that are ultimately closer to final destinations.

The devil, or rather the dragon, is in the details for Cathay Dragon