For most people, flying by private jet conjures up glamorous images of globe-trotting celebrities, jet-setting politicians and modern-day J.R. Ewings, but the truth is, passengers who charter private jets these days are much more diverse than you’d expect. Especially in the United States, where younger, tech-savvy passengers are setting the pace in ultra-elite private aviation by doing a bit of high-end comparison shopping. Yes, that’s right, even one-percenters appreciate a good deal now and then. And that’s where PrivateFly, the world’s premiere global booking service for private jet charter and private aircraft hire comes in very handy.

The brainchild of CEO Adam Twidell – who cut his teeth flying C-130s for the RAF and piloting private jets before launching PrivateFly in 2008 in the UK – PrivateFly was born from actual conversations Twidell had with passengers during his years as a pilot.

“I’d been speaking to customers who were really unhappy about not knowing about what it should cost to fly by private jet and I was seeing just how fragmented the private jet industry was,” says Twidell. “A lot of very small aircraft operators were flying, but for the customer who wanted to fly in a private jet to try and find the right aircraft at the right price [was] a minefield, a needle in a haystack. And there was nobody connecting these two parties, the customer and the supplier, online.”

Taking a cue from online travel booking powerhouses like KAYAK, Skyscanner, and Expedia and a host of popular aggregator apps in other sectors, Twidell decided to take the plunge. “The internet changed things dramatically, but still, no one in private aviation was doing this. So, I persuaded my wife to sell our house and we put the money into building code and we built a platform that connected the private jet customer to the aircraft operators in a marketplace environment, and that was PrivateFly.” 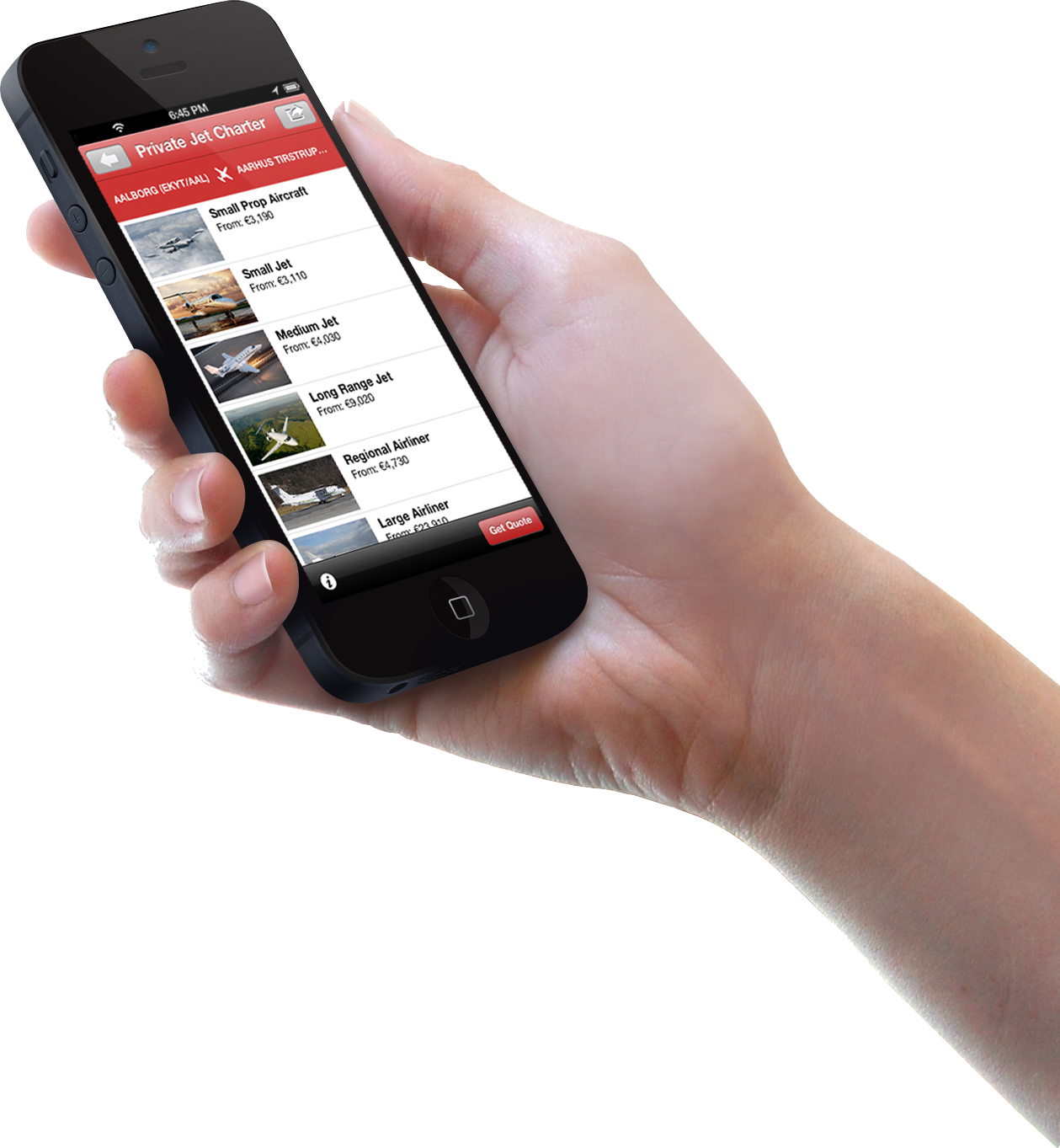 The mobile app is proving to be particularly useful in the United States. Image: PrivateFly

And though Twidell jokes that he’s not sure if his mother-in-law has forgiven him yet for selling the house, despite a few initial pockets of rough air, PrivateFly has been flying high, especially since expanding its operations into the US earlier this year.

“The major job at the beginning was to sign the aircraft operators up to an online platform when this had never been done before, so, the first two or three years was building that fleet up. But I think after a few years of selling flights, suddenly people were very willing to try things, especially when they saw their competitors doing well. And now actually it’s more of a problem the other way,” says Twidell.

“We want to have a very high quality list of aircraft operators and in some regions of the world we have … a much more limited number of aircraft because of customer service. So, I think the job now is to really keep the quality high and to make sure that every aircraft operator that we are using is fully accredited, not just in terms of the safety, but in terms of customer service as well. We can be a lot more choosy now than we could have been in the beginning.”

And Twidell says that attention to detail is definitely paying off for PrivateFly in the states, especially with young, digital native passengers on the West Coast.

“We never really wanted to come to the states. We always thought that it was very heavily brokered and we didn’t understand the customer, but we were dragged here by our American customers who were using [PrivateFly] in Europe and wanted to use it in the states too. So, we’ve got our office in Fort Lauderdale, which is really doing well, and we’re setting up an office on the west coast as well [and] it’s really interesting to see the differences not just between the states and Europe but between the west coast of the states and the east coast,” he says.

“We’re a digital company so we’ve got data coming out of our ears [and] when we look at who’s flying in the West Coast compared to the East Coast, it’s much younger passengers. The majority of our passengers on the West Coast are between 25 and 34. Whereas on the East Coast it’s between 33 and 45 years of age. And in Europe it’s even older: 40 to 50 years old.”

PrivateFly recently flew a 25 year-old from Los Angeles to Nice. An international male model, he communicates with PrivateFly on WhatsApp, reviews all of the aircraft options on the firm’s app and pays online. “And when he flies, we normally know his feelings about the aircraft because he’s putting pictures of it up on Instagram and sharing it with his followers. And then he often thanks us for the flights on social media. And that’s typical of the new entrant into the private jet market on the west coast, they are those young guys who’ve only known the Internet,” says Twidell.

And when it comes to using the Internet, notes Twidell, PrivateFly users in the states aren’t just using it to share pretty pictures and tweet.

“In many ways, the private jet passengers in the states are better educated about the market and so they know that they should be comparing options and not just going with one aircraft operator to get the best deal. They’re also much more educated about safety. They want to know how many hours the pilots have got, have they been trained in simulators, they want to know about maintenance records of the aircraft. So, I think the American [PrivateFly user] compared to the European one is a good five years more advanced in terms of what they can get out of the internet,” says Twidell. 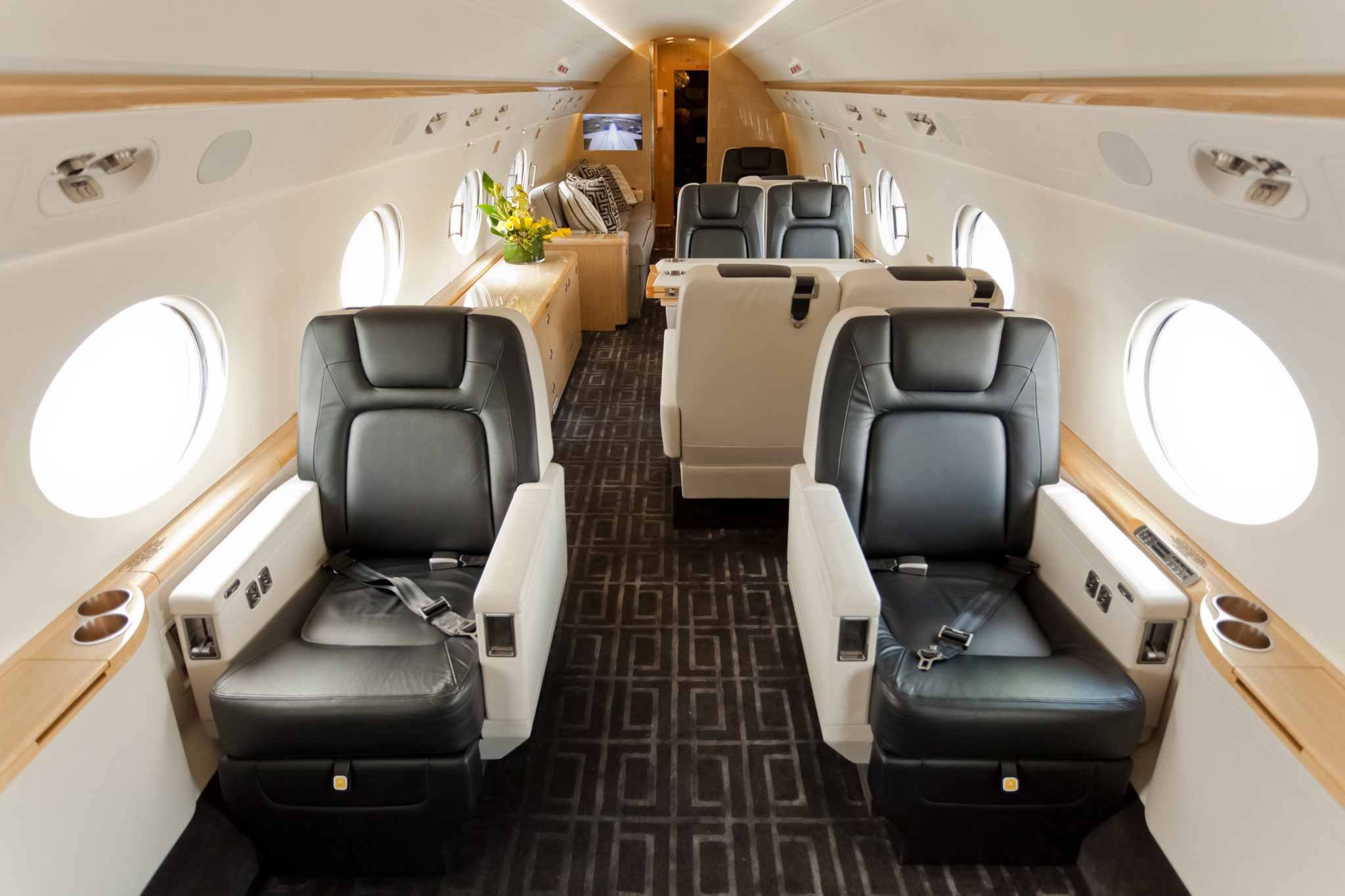 West Coast passengers trend on the young side of the scale in age and often share pictures of their experience on social media outlets. Image: PrivateFly

To help meet the demands of this next generation of stateside ultra-elite passengers, Twidell suggests that aircraft operators follow the path forged by hotel operators over the past decade.

“Before Bookings.com, Expedia and KAYAK, [hotels] has to market themselves and sell their own rooms, but as soon as they [gave] their inventory over to a platform, they could outsource that part of their business and concentrate on what they do well, which is running a hotel. And it’s exactly the same in aviation now. These aircraft operators are having to change how they’re doing business [and] get their internal systems up to date to integrate with the platform because what Delta had [recently experienced in terms of a system meltdown] proves that it’s not acceptable anymore to have old, archaic systems which go down.” Especially when you’re paying top dollar to fly in a private jet.