With over 2 million new pilots, cabin crew and technicians expected to be collectively needed in the next 20 years to meet rising demand within commercial aviation, Boeing has a message to women – the industry needs you!

Boeing’s 2016 Pilot & Technician Outlook, released today at the EAA AirVenture Oshkosh fly-in convention in Wisconsin, specifically outlines a need for 617,000 new pilots – about 31,000 per year – through 2035. This figure represents a gain of about 11% over last year’s forecast with the largest increase in demand attributed to the Asia-Pacific region, followed by North America and Europe.

During the same time period, industry will also require some 679,000 new technicians, with the need most acute in Asia-Pacific, according to Boeing. And for the first time ever, the airframer has included cabin crew in its annual forecast, predicting a need for 814,000 flight attendants over the next 20 years.

“Boeing is a big proponent of getting more women… into the aviation community overall, but certainly as pilots and technicians because of the need,” Sherry Carbary, VP Flight Services at Boeing Commercial told journalists late last week in a media briefing about the new report.

Women pilots represent only six percent of the total pilot population, according to Women in Aviation, International, so it’s a “huge opportunity”, noted Carbary. Female executives at Boeing have been trying to get the word out by talking about aviation job opportunities for women (and men) at high schools around the world.

“We’re really fortunate to have at Boeing one of the premier aviation high schools in the United States,” said Carbary in reference to the Science, Technology, Engineering and Math (STEM)-focused Raisbeck Aviation High School in Tukwila, Washington, where students are “all actively interested in becoming pilots, technicians and engineers. So part of it is promoting that.”

Boeing sees a big need for new pilots in the next 20 years. It hopes more women will consider the profession to help meet demand. Image: Boeing

Boeing this week is taking its message to EAA AirVenture Oshkosh, the annual gathering of aviation enthusiasts at Wisconsin’s Wittman Regional Airport, and to the affiliated KidVenture event, where it will be “talking to girls” and “actively promoting” these aviation professions, Carbary told RGN. 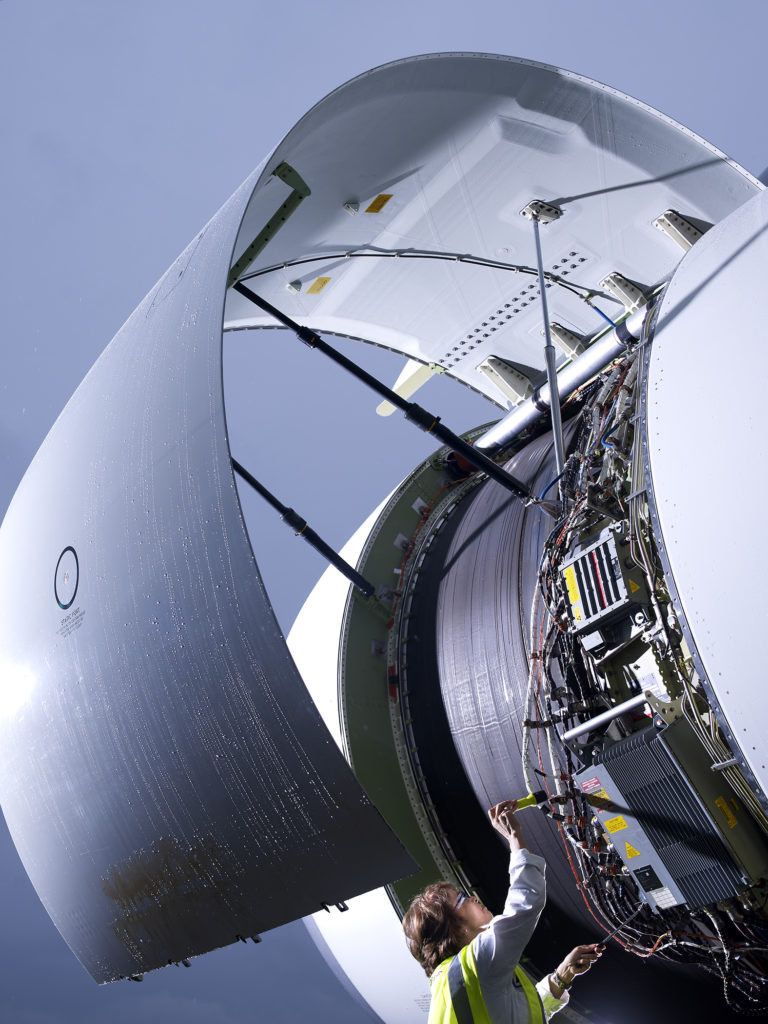 In developing its annual Pilot & Technician Outlook, Boeing looked at a number of factors, including forecasted fleet growth – it believes some 39,620 new airplanes will be needed over the next 20 years, of which 71% will be narrowbodies and 23% widebodies – as well as aircraft utilization around the world, attrition rates, crewing specific to aircraft type and airline business model, and regulatory requirements around the world.

Carbary said Boeing decided to include cabin crew in its forecast for the first time because “they are essential to not only safety and comfort of the passengers, they are true differentiators for airlines and their business models”.

Some 37% of new cabin crew positions will be available in the fast-growing Asia-Pacific region. Image: Boeing

Though women have traditionally been well represented in the flight attendant profession, the overall need for cabin crew in the next 20 years is substantial at “40,000 per year”, noted Carbary. That’s a “pretty significant number, and when put together for pilots, technicians and cabin crew, significant resources are needed”, she concluded.