In the landmark Chicago Area Transportation Study of 1955-1962, urban planners defined desire lines as “the shortest line between origin and destination [expressing] the way a person would like to go, if such a way were available”. Though the basic concept behind these primal human “forces” predates cities, maps or even roads, few if any have applied the innately human desire to forge one’s own path, unfettered by artificial barriers or rules, to the design of a modern commercial aircraft cabin interior…until now.

While some industry observers have wondered just how feasible is a project of this scope – and more than a few have cited evacuation concerns and pointed out other perceived flaws on social media (after all, Design Lines flies in the face of today’s ultra-high-density economy class cabin designs) – Territory director Luke Miles says he seriously believes everything in the concept is achievable within a decade.

“I think ten years is actually a decent amount of time to develop an innovation, [but] the bigger question – and this is part of the point of the project – is about the culture of innovation,” explains Miles. “Between airlines and manufacturers, what does it take, what type of collaboration is required to develop something quickly and efficiently? And I think that’s something that the industry needs to get to grips with and something that Zodiac … would start to talk more openly about. The types of partnership required to deliver something unique. So, I guess there’s a sort of caveat, it could take ten years, but with the right blend of creative thinking and engineering, etc., of all parties involved … it could be sped up.” 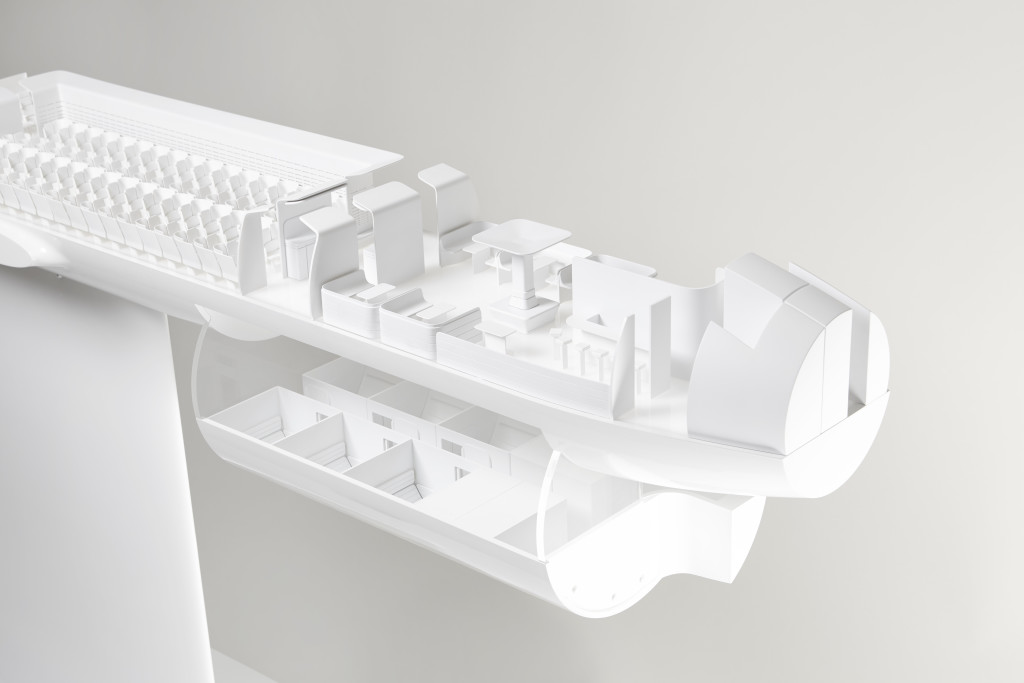 The creation of Private Berths would necessitate close collaboration with an airframe manufacturer. One wonders if an airline would ever consider renting out the Private Berths by the hour. A quick change of bedding, and bada bing, the next customer could be served.

“Myself and Tom Eaton, who is head of the team over at Zodiac, we talked a lot about this idea of [offering customers] a kind of toolbox of parts. We curated the cabin in a way that we feel sort of works together, but notionally, an airline should be able to take one of those concepts and develop it on its own or in combination with other elements that we’ve designed within that piece of cabin architecture,” explains Miles. “There should be a sense of it being very modular and, in reality, you might get a carrier who develops everything or you might get a carrier where one of the [ideas] really resonates with them … and it evolves to fit their model.”

Another goal of the project, notes Miles, was to create a more human experience in the cabin by moving away from the prescribed grid of traditional interior cabin design.

“One of our notions as a group was … what if we started to look at [passenger] behavior and see how that could inform a new set-out of cabin,” says Miles. “Where do people actually want to go, how would they naturally move, where would be the spaces they would congregate around and then move away from or disperse? Desire Lines is just a notion around real human need and a more natural carving up of a space based on activity and experience rather than a grid. And there was a really strong feeling that in order to do that you needed to decouple experiences from the seat.” 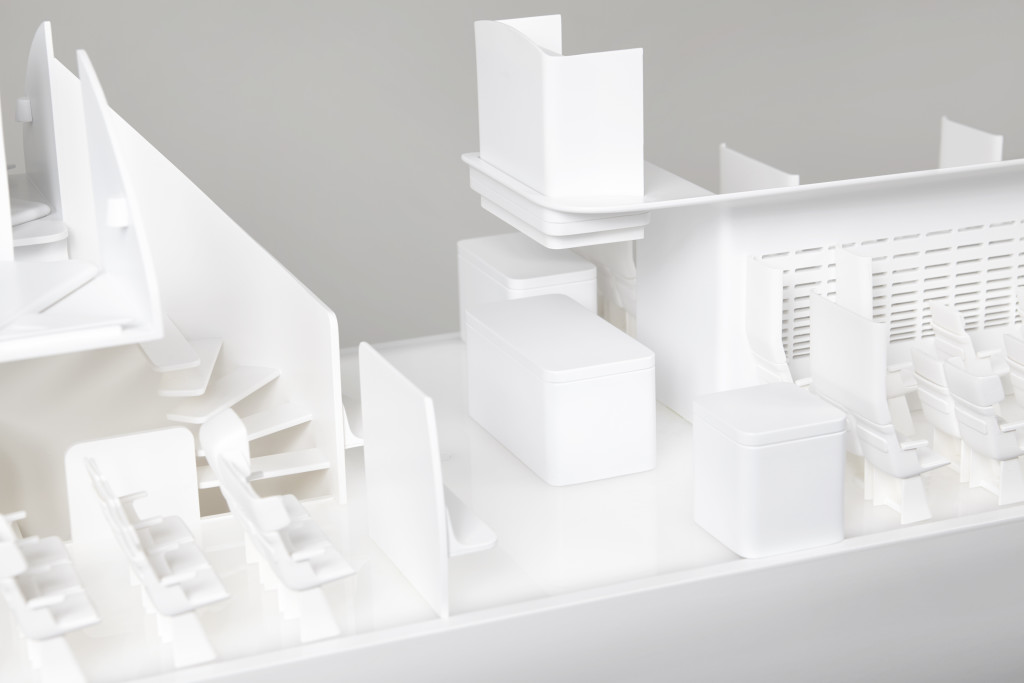 Decoupling the onboard experience

Not only does this offer a wealth of experiential opportunities throughout the cabin sectors, but it also opens the door to a host of new ancillary revenue streams if today’s distribution limitations were not an issue, he suggests.

“I think the questions we wanted to ask were: How can revenue be managed differently and is there a way of breaking the traditional format? For me personally … experiences being dispersed through the greater cabin is an opportunity. We looked at galleys that become something else, more of a social hub … we had long conversations about decoupling experiences from the seat, bookable spaces, or upgrade opportunities to a completely different space like the crown bunks in the top of the aircraft.”

“The other idea is that you have social spaces, let’s say, right down the back of the aircraft next to a galley. People would sit there for taxi, takeoff and landing and then they’d go up to the bunks and then those spaces become free for people to leave their seat and go [there] and eat. So, suddenly you start to have these multiple use cases for different [bookable] spaces … changing throughout the duration of the flight.”

But at the end of the day, Miles insists that the biggest takeaway from the Desire Lines concept shouldn’t be the answers it provides but the host of provocative, future-facing questions it raises.

“When we partnered with the Zodiac team a lot of the idea was around how can we build almost a physical sketch … something which opens up a greater dialogue rather than being conclusive. I think people are hungry for at least opening up the conversation around what the set-out of an aircraft could be and starting to have something in front of them that allows them to interrogate that. Of course, it will be different per business model, but to have some way of visualizing what that could be is a nice step. And hopefully there’s an uptake in the industry, but we’ll have to wait and see.”

Tom Eaton, adds, “For Zodiac Aerospace this is the first chapter of an ongoing exploration which reimagines the entire cabin from nose to tail. The concept seeks to break up the ‘tube’ of today both architecturally and in terms of service, entirely disrupting the notion of ‘one size fits all’.” 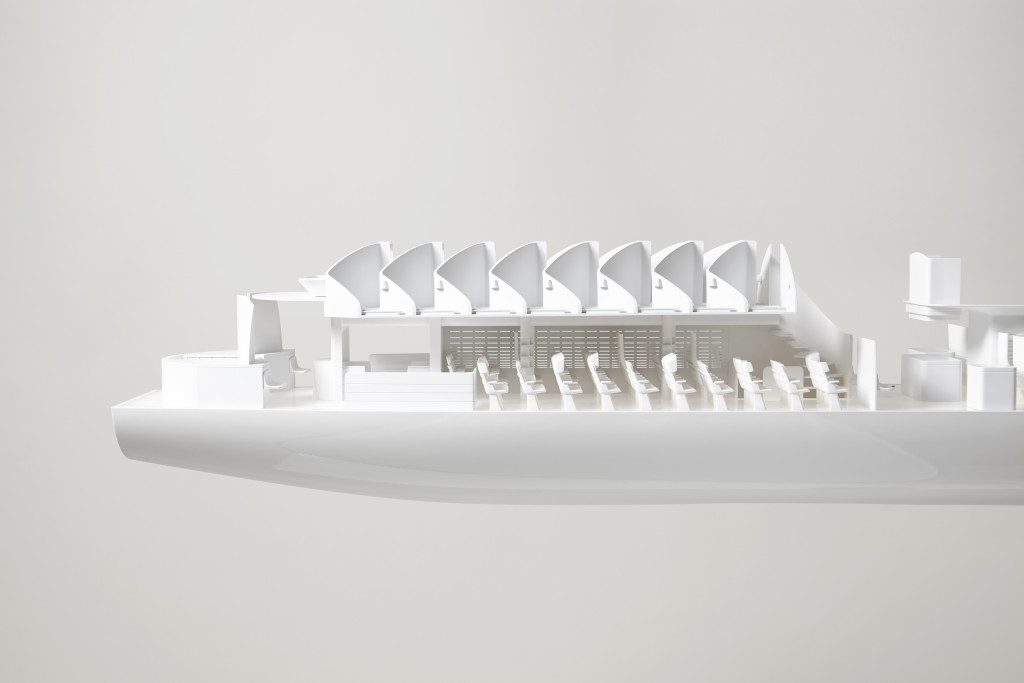 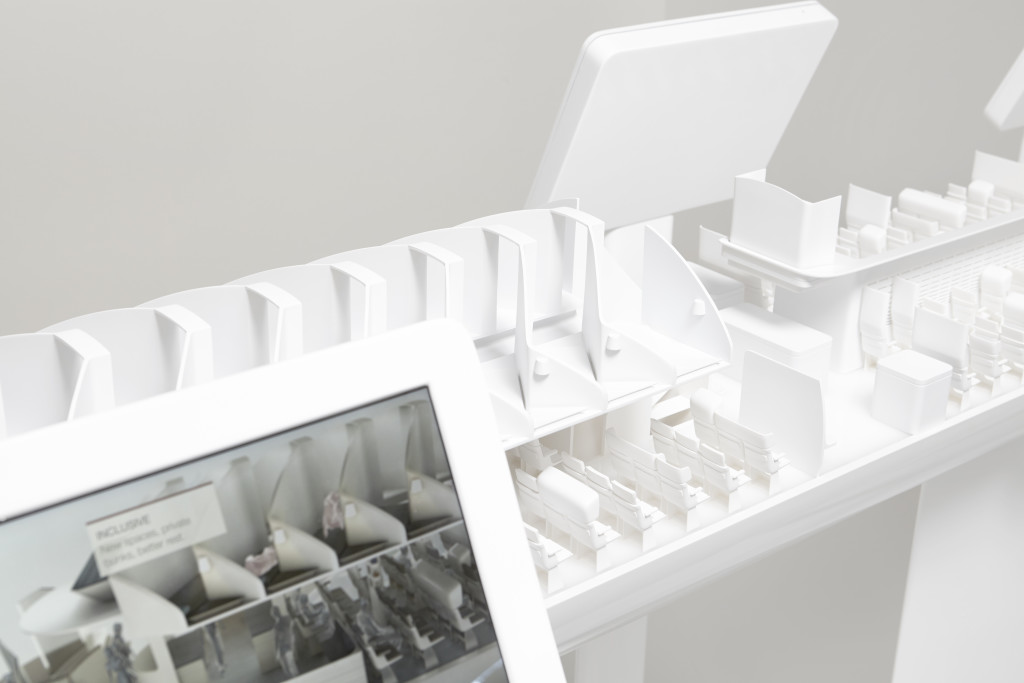