On 14 August, the Society of Automotive Engineers (SAE) – which develops standards for aviation – published SAE AS8049 Revision C, in which a key paragraph has been changed from reading that ‘Magnesium alloys shall not be used’ to the new wording:

The method of compliance (MOC) represents the latest agreement obtained by the SAE’s Aircraft SEAT Committee to adapt the content with FAA TSO-C127b (the applicable TSO for aircraft seating) and to reflect the latest industry needs. It comes after many years of work on the part of British company Magnesium Elektron and regulators to show that magnesium alloys can be safely used in aircraft seats (the material is already widely used in jet engines).

RGN recently sat down with Magnesium Elektron managing director Graham Wardlow and VP divisional strategic development Bruce Gwynne to learn about their exhaustive work to remove the historical restrictions, and about where we may see the firm’s Elektron 43 alloy technology emerge (Elektron 43 has passed all FAA flammability testing and is considered the ‘gold standard’ by which the test method was developed).

“In 2007, we started with the FAA and during a FAA/industry meeting we decided to do some preliminary bar burning testing. We just got magnesium bars about 20 inches long, 2 inches high and about ½ inch thick, and we put them in front of the oil burner – it is the same oil burner set up like they use for seat cushion tests. We were very new to this and quite honestly we weren’t really sure what was going to happen in this severe test environment. We brought in a lot of the new-generation, higher tech magnesium alloys, the higher temperature, higher strength alloys that we developed and manufacture for use in aircraft and other high performance applications. We also brought in some of the more plain vanilla type commercial alloys used in many commodity applications to compare,” recalls Gwynne.

“The high performance alloys that we produce did very well. In the test the FAA exposed the bar to the burner for four, five, six minutes of flame. A lot of the people with the FAA observing the test thought that as soon as you hit the bar with the flame it was going to just burst into flame immediately; they even had explosion shields set up. In the end they were all standing up front, close up, just looking at the test with no barriers. The test revealed that certain new-generation magnesium alloys performed very well; they would actually self-extinguish shortly after they were ignited. Some of the older alloy systems, once ignited, wouldn’t go out until all the magnesium was consumed or had to be manually extinguished. The FAA was impressed enough at that point and they suggested ‘well let’s look at this on a full scale basis’ so they initiated the concept. It was early 2008 when the FAA acquired some seats that were removed from service in aircraft. We wanted them to be 16G seats, so they would be current editions of the type of seats used now. The plan was we would substitute the magnesium for the aluminum in a set of them to compare performance in a full scale test.” 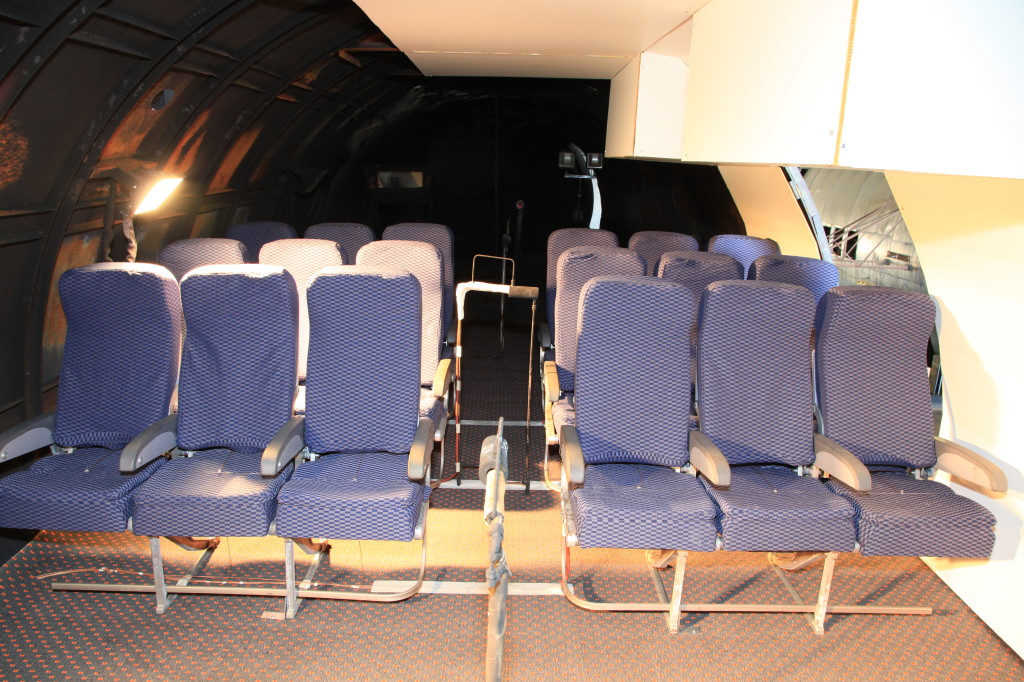 A full-scale mockup was used in testing

Gwynne continues, “We had a meeting about [the tests] with some of the seat manufacturers and we decided to substitute the cross tubes, spreaders, and leg assemblies. We later included the baggage bar and seat back frame. These made up the most mass of parts in the seats that were made of aluminum. So then the idea was, we will run a baseline flammability full scale test using the aluminum component seats. We would then bring in the seats that have the magnesium substituted and see what happens, to see if they are even comparable. Well it is a long story but in the end we did seven full-scale tests because there were odd things that did happen, but not with the magnesium. 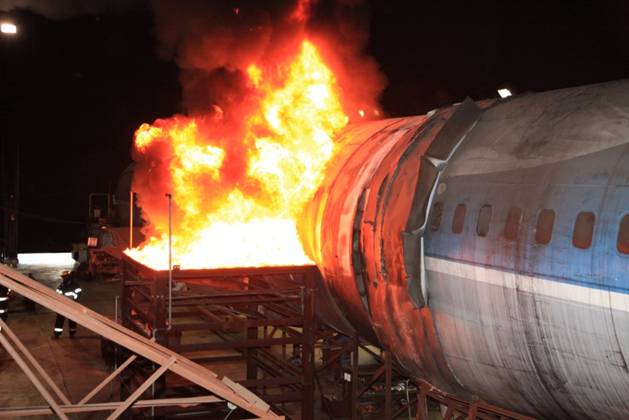 Wardlow notes that the base material will only ignite as it reaches its melting point. “When exposed to a heat source, it is just conducting the heat away, so it is difficult to get the metal up to its melting point. It was very important for the FAA that that material melted during those tests because they wanted to evaluate it in that situation. Overall, there was very little drama.”

But there are also opportunities to incorporate the material into business class seats. “You know we look at using magnesium as a way to save weight to reduce fuel and emissions, but of course when we speak to the design houses, they are all interested in improving the customer experience,” says Wardlow. “And certainly with things like some of those business class table trays, when you are pulling them out, there is some real weight of metal in that. We can take 25% off that, and that then, in addition to the fuel benefit, [means] now we are talking about moving into the arena of improving the customer experience.”

Gwynne says he has always been a big advocate for using the material in business class seats, but notes that seatmakers really didn’t have the desire. “They sell these seats for hundreds of thousands of dollars per pax; the revenue return on them is just incredible and there wasn’t a real incentive to get weight out of them, even though they weigh hundreds of pounds per pax. But now that is beginning to change and we are now hearing from virtually all the premium seat manufacturers because they have big chunky structural components that are in aluminum. In a lot of them, with just a little bit of engineering, it would be quite a simple substitution and they would be able to save quite a bit of weight immediately.”

See RGN editor Mary Kirby interview Magnesium Elektron about its work in the video below.