It all started with a group of Texas businessmen who had a good idea, three airplanes and very little money. But over the past four decades, that scrappy start-up burgeoned into aviation powerhouse Southwest Airlines, which today has 46,000 employees operating 3,400 flights each day to 93 destinations for 100 million customers each year. Southwest has been consistently profitable since the first time it reported a profit; it topped $1 billion in profits for the first time in 2014.

And Colleen Barrett has had a front row seat for the whole show. For 47 years she worked closely with Herb Kelleher, a founding partner of Southwest known perhaps as much for his Wild Turkey-drinking antics as his innovation and business acumen. Kelleher, who is now retired, went on to become CEO of Southwest and Barrett served as president of the airline until her retirement in July 2008. 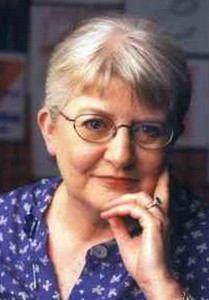 In February 1968, Southwest – then known as Air Southwest – was granted a certificate by the Texas Aeronautics Commission to operate within the state. But Braniff, Trans-Texas and Continental Airlines kicked off the first of many legal actions to stop the airline before it took to the skies.

“I’ve lost track of the lawsuits and administrative hearings,” says Barrett who at that time worked in Kelleher’s law firm. Kelleher represented the carrier in nearly four years of lawsuits from competitors trying to keep it out of the Texas market. When the Southwest partner group was low on funds, Kelleher volunteered his legal services asking for just enough to cover expenses.

The legal fight helped prepare the underdog for the rough and tumble world of Texas air service. “Herb is very competitive – always for the underdog,” says Barrett. “I laugh about this. I really credit those ‘big bad guys’ for creating the warrior spirit at Southwest. It was a matter of survival.” She believes that if the competition had left them alone, it would have been a different story and Southwest may not have been so persistent. 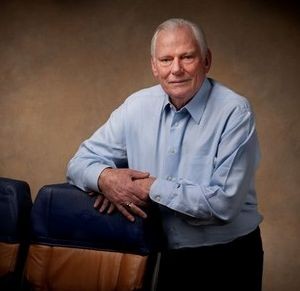 “We finally went into the air in June 1971,” Barrett recalls. “We had no money. We couldn’t spend hundreds of thousands of dollars on advertising because we didn’t have it.”

Necessity is the mother of invention. And in the case of Southwest, it was the decision to hire sassy – and sexy – women flight attendants outfitted in hot pants and go-go boots that garnered attention. “We had to become newsworthy so we could be on the front page. That’s how we could get our publicity and word of mouth out there,” she says, adding unapologetically, “That was the best way to get those cowboys in Texas all over that plane.”

Barrett – who holds the title President Emeritus at Southwest – is plainspoken, and shrugs off criticism from those offended by the notion of hot chicks in hot pants as a marketing tool. She reasons that in the early 70s, most of the traffic consisted of men traveling on business point-to-point within the state.

But times change, and with it, the status quo. Southwest flight attendants fought and won the right to not wear hot pants in 1981, before the attendants’ union entered negotiations on its third contract. “Hot pants brought unwanted attention to ourselves, and we felt we should not have to sacrifice our dignity for higher wages,” explains former union president Mary (Ravella) Longobardi.

That same year, a man seeking a job as a ticket agent filed a sex discrimination case against Southwest. The carrier ceased its discriminatory practice of hiring only women as ticket agents and flight attendants. Thereafter, men and women were hired and outfitted in more sensible uniforms.

The early mission of the airline was twofold, Barrett explains. First, the carrier wanted to “teach” Texans that flying did not have to be only for the elite. And second, it wanted to teach employees that work did not have to be drudgery. That mission remains in place to this day. 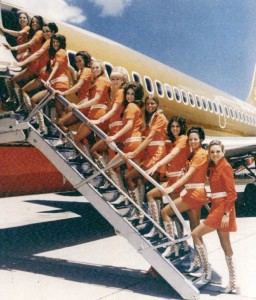 Southwest flight attendants in signature go-go boots in the 1970s

Southwest has always been selective – even slow – in its hiring process, Barrett admits. Not everyone is up to the task. “If you take yourself too seriously, you wouldn’t apply. We look for a good sense of humor, not driven by rules.”

One thing that is consistent with our employees, she adds, is “they understand they are hired for their plusses in personality, background and experience. We are looking for positive differences to bring to the table. We hired you for an individual.”

At present some 40% of the employees at Southwest are women. About a dozen women hold VP or senior VP positions at the carrier, though its C-Suite comprises all men.

Before becoming president of the carrier, Barrett focused intently on customer service. She became somewhat of a missionary within the industry, preaching the gospel of customer service to anyone who would listen. Even today, she still is asked to speak on the topic “I think I was born to be a servant leader. A lot of people just don’t get that. Sometimes people just don’t learn anything from history. You can’t do things to get accolades; you do things because they are the right thing to do,” she says.

Over the years, Southwest maintained a very basic approach to customer service. No seat assignments, no onboard food other than drinks and snacks and ‘bags fly free’. The inflight entertainment was left to the flight attendants who would crack jokes, sing songs or play games along the journey. Now the carrier offers onboard Internet and wireless IFE, which keeps passengers connected and entertained.

“Herb never did anything for Wall Street,” says Barrett in response to the move by some carriers to align their services to fit the expectations of financial analysts. “Herb never thought Wall Street should tell us how to conduct our business. He was very vocal about it. The record speaks for itself.”

But at the core of its success is employees, according to Barrett. “If you treat your employees well and they feel good enough about themselves they are going to treat each other better. That will overflow into how they treat the customer.”

[Photo at top of Southwest’s original livery by RuthAS (Own work), via Wikimedia Commons]