On February 1, 2021, Lufthansa will embark on the longest passenger flight in the history of its company, marking one of the most unique flights the airline has ever carried out.

On behalf of the Alfred Wegener Institute, Helmholtz Centre for Polar and Marine Research (AWI) in Bremerhaven, the Lufthansa Group’s most sustainable aircraft, an Airbus A350-900, will be flying 13,700 kilometers nonstop from Hamburg to Mount Pleasant in the Falkland Islands.

The flight time is calculated at around 15:00 hours. There are 92 passengers booked for this charter flight  LH2574, half of which are scientists and the other half, being the ship crew for the upcoming expedition with the Polarstern research vessel.

“We are pleased to be able to support a polar research expedition during these difficult times. Commitment to climate research is very important to us. We have been active in this field for more than 25 years and have equipped selected air craft with measuring instruments. Since then, scientists all around the world have been using the data collected during the voyage to make climate models more precise and improve weather forecasts,” said Thomas Jahn, fleet captain and project manager Falkland.

Since the hygiene requirements for this flight are extremely high, Captain Rolf Uzat and his 17-member crew entered a 14-day quarantine last Saturday, the same time that the passengers did. “Despite the crew restrictions for this particular flight, 600 flight attendants applied for this trip,” said Rolf Uzat. 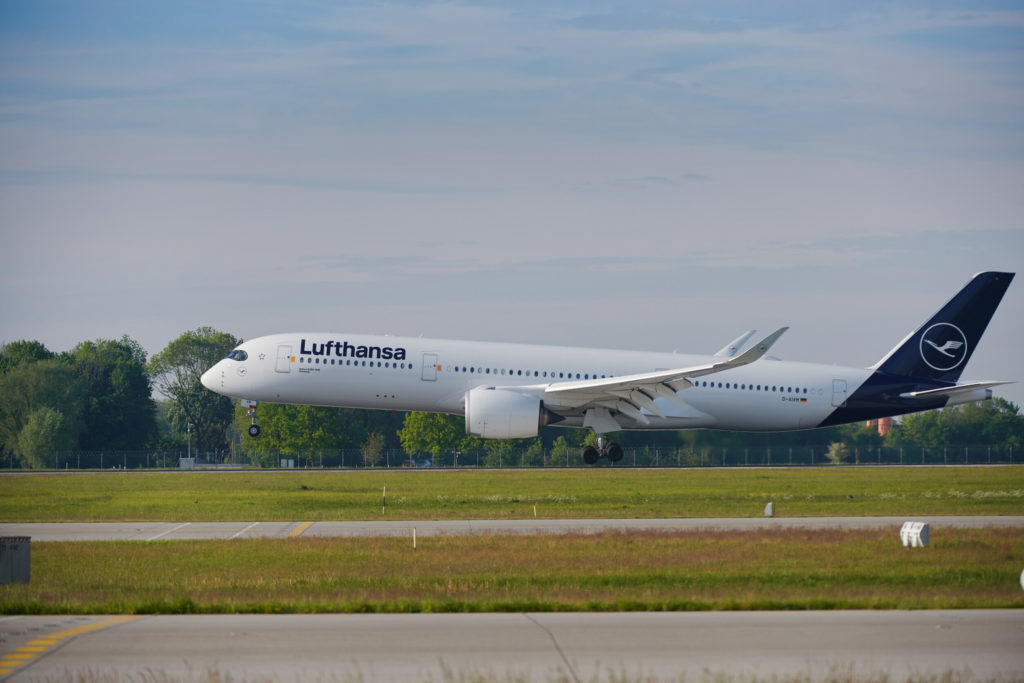 The preparations for this special flight are immense. They include additional training for the pilots via special electronic maps for flight and landing, as well as managing the kerosene available at the Mount Pleasant military base for the return  flight.

The Airbus A350-900 is currently stationed in Munich, where it is being prepared for the flight. In Hamburg, the aircraft is loaded with additional cargo and baggage, which has been extensively disinfected and will remain sealed until departure.

Besides the catering, there are additional containers for the residual waste on board, since this can only be disposed after the aircraft arrives back in Germany. The Lufthansa crew includes technicians and ground staff for on-site handling and maintenance who will quarantine after landing in the Falkland Islands due to government requirements.

The return flight LH2575, is scheduled to depart for Munich on 03 February and will be carrying the Polarstern crew, which had set out from Bremerhaven on December 20 to resupply the Neumayer Station III in Antarctica, and must now be relieved.

“We have been meticulously preparing for this expedition, which we have been planning for years and are now able to embark on despite the pandemic. For decades, we have been collecting fundamental data on ocean currents, sea ice and the carbon cycle in the Southern Ocean. As these long-term measurements form the basis for our understanding of polar processes and the urgently needed climate predictions, it is important that research in Antarctica continue in these difficult times. We cannot allow for large data gaps in climate research. The World  Economic Forum’s recently published World Risk Report continues to rank failure to combat climate change among the greatest threats to humanity,” said Dr. Hartmut Hellmer, physical oceanographer at AWI and scientific leader of the upcoming Polarstern expedition.

“Our thanks also go to our colleagues in AWI logistics. Their  comprehensive transport and hygiene concept allows us to explore Antarctica with an international science team – at a time when other major expeditions there had to be cancelled,” Hellmer reported.

In order to make research as climate-friendly as possible, the Alfred Wegener Institute will offset CO2 emissions from business flights via the non-profit climate protection organization atmosfair – which is also the case for this particular flight. The institute donates funds for biogas plants in Nepal for every mile flown, thereby reducing the same amount of CO2 emissions. This helps maintain the overall CO2 balance regardless of where in the world the CO2 emissions can be reduced. In addition to pure CO2 emissions, other pollutants such as nitrogen oxides and soot particles are also taken into account.

Preparations for the special flight began together with the Alfred Wegener Insti tute in the summer of 2020. The usual route via Cape Town was not feasible due to the infection situation in South Africa, leaving only the route via the Falkland Islands. After landing on the Falkland Islands, scientific staff and crew members will continue their journey to Antarctica on the research vessel Polarstern.

RGN Premium: Not yet ready for primetime…?